'I've got to be part of this': How this sales team pitches Big Data to an old-school industry

Expanding from six employees to 70 in just over a year, FourKites is one of Chicago’s fastest-growing tech startups. Its platform helps companies track shipments in real time — and it's making major waves in the logistics industry.

“Just the other week, we went to a conference and left with more than 80 warm leads,” said senior marketing manager Nick Kuttin. “Some of our competitors accused us of bribing the conference organizers to get the attendee list, which isn’t shared with anyone. They’d been going for years and never seen anything like it.”

To establish its position in this brand-new market, FourKites plans to double its number of employees this year, in big part through additions to its sales team. We sat down with a few members of that team (pictured below) to hear more about the company’s growth, why they bring updated resumes to performance reviews and what it’s like to pitch high tech to an old-school industry. 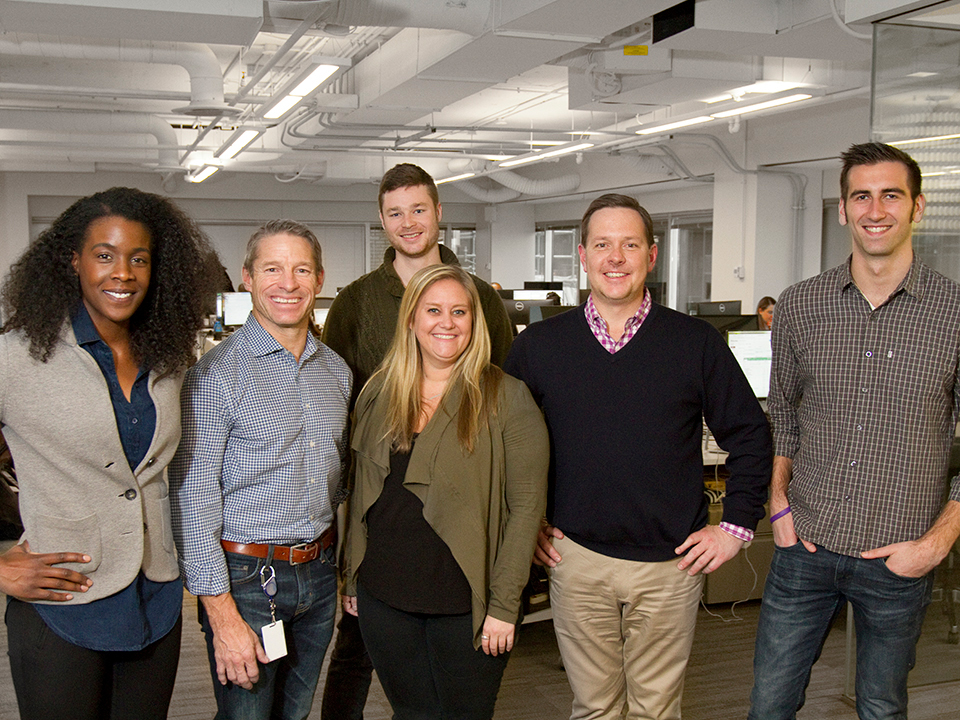 What is it like to pitch a Big Data platform to companies who have relied on the same tools for decades?

Patrick: It can be tough. Really, freight tracking hasn't changed in the last 60 years, and it's kind of an unwritten rule that this is the way you do things. But once you explain it, and once you show them what we're actually doing and how it's helped our customers, it's nothing but excitement.

Joe: It's pretty awesome when you sit down to demo with a prospect and they're just in awe. They're like, 'Oh my God, does this technology exist? Holy crap, this is awesome.' You don't hear that a lot in logistics. 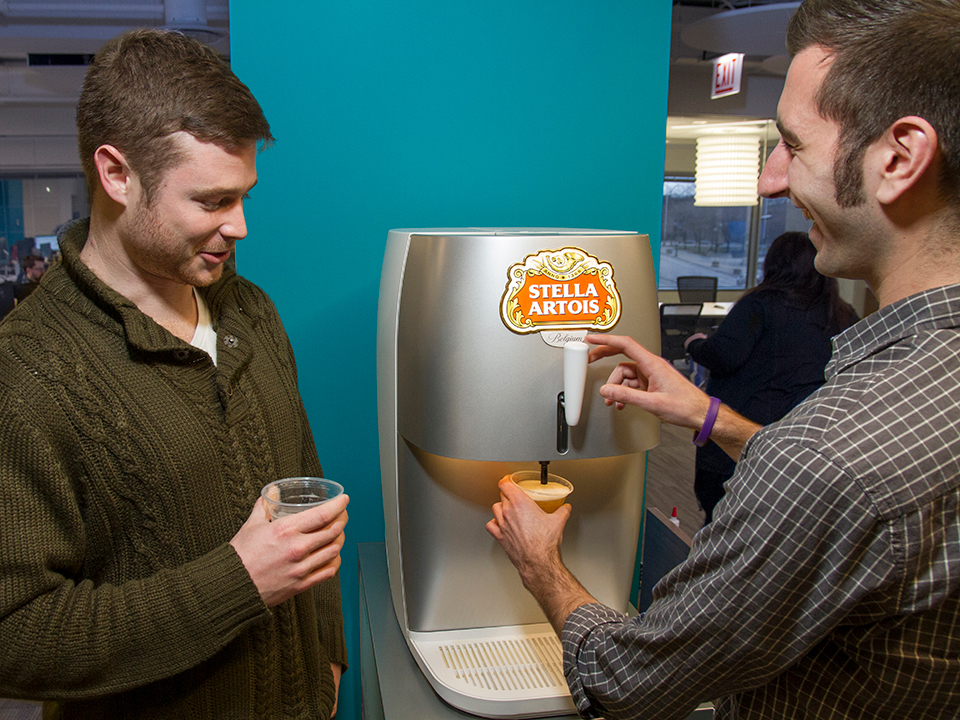 We know you’re in a competitive marketplace. How do you cut through the noise and show potential customers your product is worth their time?

Rob: Everything we do is starting with business value. No one woke up this morning and said they need a visibility product. What they do know is that they just lost $10,000 last week because their trucks missed their ETAs arriving at a distribution center. To back that value proposition up, we spend a lot of time asking our customers to be advocates for us. And many are — one of the things we’re very proud of is the fact that we’ve never lost a customer.

I’ve heard your sales team has played a big role in shaping the product. Could you tell me a little more about that?

Joe: We're constantly meeting with our product team and telling them about our conversations with customers. That’s how we’ve added features like rail tracking and temperature tracking. They really seek us out to hear our opinions about what's going on.

What are the most exciting things going on in shipping right now?

Nji: Right now, a new mandate that requires logistics providers to use electronic logging devices is coming into play. That is a game-changer for the entire industry because it puts a timeline on becoming compliant. In the food and beverage space, there's also some new regulation coming about tracking food temperature. So there is a greater need for information and transparency and being able to document and report. 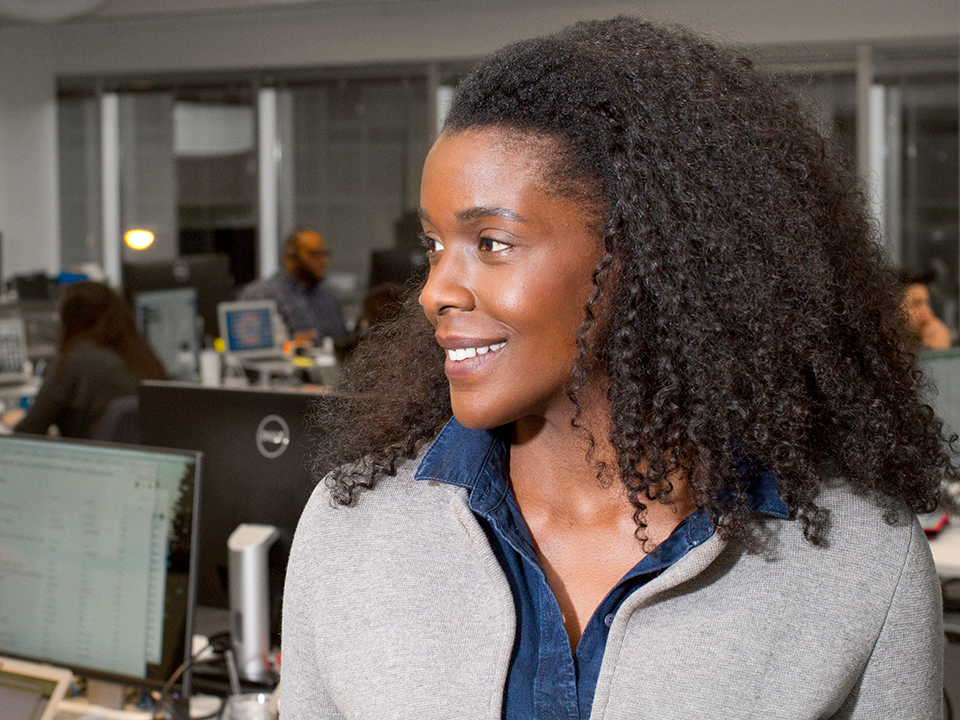 So this is kind of the perfect time and place, if you’re looking to get into the logistics tracking business?

Nji: Yeah, there is a true need for what we do, and the scope of the opportunity is massive. And it's really cool to be able to do it in Chicago. I grew up in Bloomington, Illinois and spent seven years at Stanford, surrounded by innovation. So finding a company like FourKites in Chicago — that's huge.

Your team is growing really, really fast to meet that demand. What has that been like?

Jessie: You have to embrace change. There are going to be days of chaos as we're rolling out a new process, bringing people on board and trying to get a training program in place. But you can't stop business while you're waiting for that to happen. It's fun. You have to view it as fun, or else you'd go absolutely mad.

Nji: We put our heads down and try stuff out, and we don't get married to something because it could change. The attitudes of people here make that possible.

What is the biggest difference between FourKites and other places you’ve worked?

Jessie: The biggest thing is collaboration. And that people are given a chance to talk. I feel like so often people are cut off and stopped and not listened to. But here, leaders are actually taking people's suggestions and asking for feedback.

Patrick: For example, I had a 30-minute conversation with our CEO today. He was specifically asking me where we were with an account and what my thoughts were. I’m in an entry-level role, and when you have the captain of the ship calling you directly asking for your opinion — your thoughts can't be heard more loudly and clearly than that, right?

And everybody's friends here. We have a happy hour once every month, and I can name everybody here. When I walk from the front door to my desk, I say “hi” to more than 30 people. Maybe that's not important to everybody, but it's important to me. 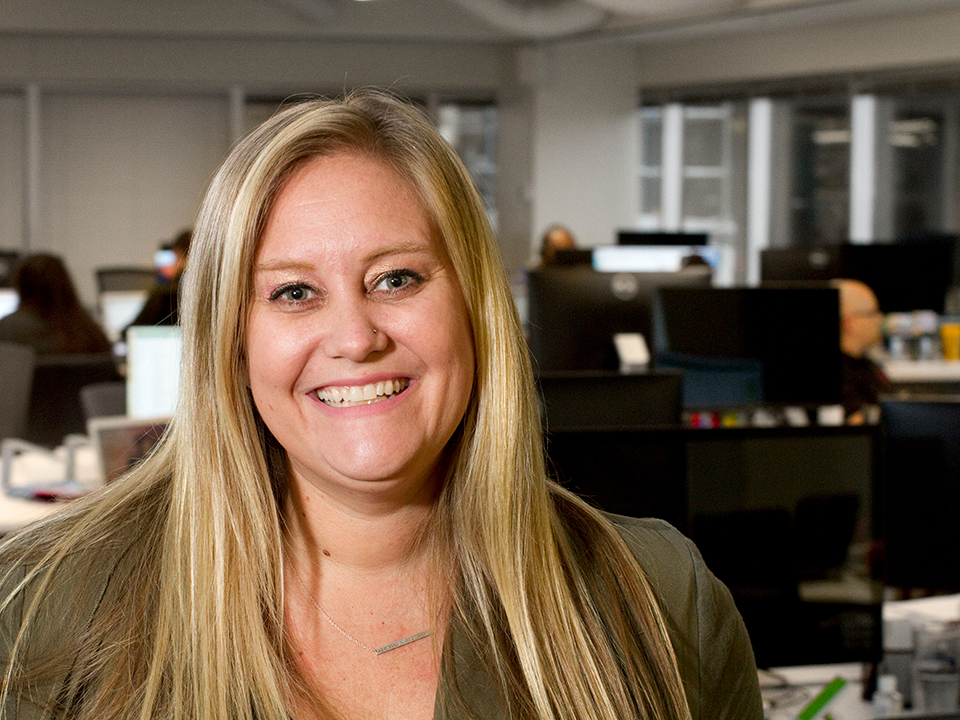 For those interested in joining your team, could you tell me what FourKites looks for in a salesperson?

Steve: People who are curious and who get excited and passionate about a vision. You can sense people who have that because they ask lots of questions or they're just curious about finding ways to solve a problem. And diversity is critical for us because the cross-pollination of different folks from different backgrounds and industries will help us grow exponentially.

Rob: When I had just joined, we asked everyone to introduce themselves. One woman told us she had run a bakery. At first glance, when that resume comes across your desk, you're thinking that’s not terribly linear. But when the team got to know her, she was a problem-solver, she was curious, she liked to be challenged and she was willing to adapt. She did that slinging cupcakes 15 hours a day, but the same concepts are applicable in the business that we're in.

How do you make sure people with nontraditional backgrounds like that don’t get passed by in the interview process?

Steve: Part of it is not looking for a specific background, role or title, and finding the people that we think are good fits culturally. I don't want that to sound like it's altruistic or anything — that we just want to hire interesting people and put them in some role. The people we hire are high achievers in one way or another. They have a passion for something, and they've done things, personally or professionally, that are just really interesting. And they take that same attitude toward what they're doing at FourKites. 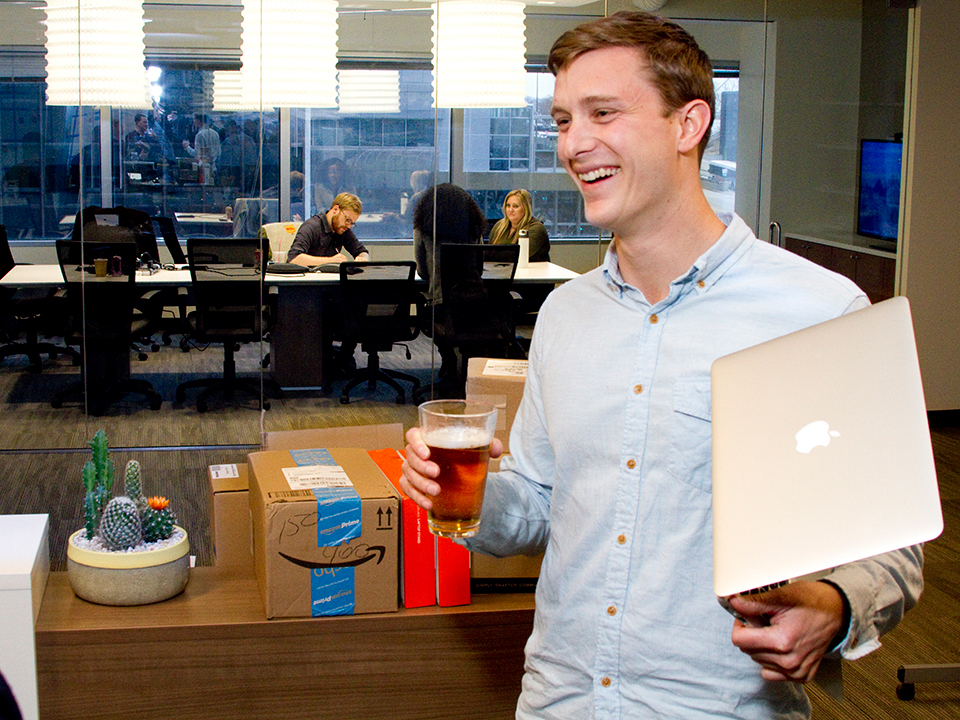 Do you have any interesting interview stories?

Steve: I did have a guy in last week that we actually hired. As I outlined FourKites, our opportunity in the market and how we think we're going to just dominate, he was getting more and more fired up. Ultimately, he slammed both fists down and said, “I've got to be a part of this!”

How do you ensure that those curious and passionate people continue growing after they join the team?

Rob: We’ve got to have fun. During our performance reviews, I ask people to bring me an updated copy of their resume. Sometimes people ask me if I want them to leave. I don’t. But if you haven't done anything this year that you're excited enough about to put on your resume, and that's going to help you find your next adventure, then we're not doing the right things. I want to make sure that our teams are doing exciting stuff, creating value for our customers, and having a great time doing it.

Want to work at FourKites? Check out their open positions here.