The Items That Kim Michelson, Co-Founder of Honest Game, Needs to Lead

Members of the tech community make us who we are, so we’re celebrating Built In users in an article series called: #TheTechLife. Meet one incredible tech pro here.
Written by Alton Zenon III

Kim Michelson co-founded Honest Game in 2019 with the idea that every student should have equal access to a great education. The Chicago-based company helps student athletes maintain college eligibility and receive scholarships through its automated platform. 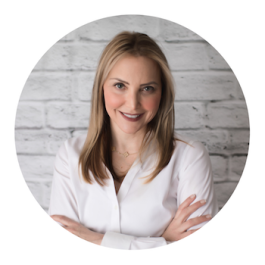 To keep the company’s mission of equal access to opportunity top of mind, the CEO has a pocket version of the Declaration of Independence at her desk. And she’s highlighted meaningful sections.

That’s not the only item Michelson keeps within reach to help her get through the day. Read on for the rest.

1. Caddis Glasses: Michelson is a big fan of the glasses brand Caddis, which celebrates aging and the wisdom that comes with it.

“They’re calling a little bit of BS on the illusion of the fountain of youth,” said Michelson. “It’s about having fun being who you are, because being real is what it’s all about. When you’re older, you just get comfortable with who you are.”

2. Artist’s Mantra: “If there’s one thing I could say to you, it’s to never give up on your dreams.” This is the opening line of an artist’s mantra that Michelson keeps in her bag.

Michelson saw a framed, hand-written mantra at an art gallery, created by Chris Roberts-Antieau. It wasn’t for sale, but she asked to purchase it because it spoke to her and she reads it daily for inspiration. The mantra encourages readers to listen to the voice inside them that urges them to follow their heart and “never up on your dream.”

Michelson added, “Conviction is needed when you put everything on the line for something you believe in, and this is the bravest thing I’ve ever done.”

3. Space Heater: “I’m always cold. And I feel like we work a lot, so we should be comfortable.”

Meet more tech pros in #TheTechLife series:The Big To-Do: Here’s What a Director of Business Development at Lumina Datamatics Does All Day

4. Turkish Candy: Michelson keeps some Turkish candy on hand because of its unique taste and rarity. The candy is popular in the Middle East, but less so domestically, which makes it appealing to Michelson’s entrepreneurial side.

“I value creativity and being sort of a contrarian,” she said. “That’s what startup life is about. You’ve got to think differently.”

5. Pens, Pens, Pens: Michelson captures her ideas the old-fashioned way, by hand, and goes through a lot of pens as a result. She conceded: “I feel like my brain works in an organized chaos sort of way because my notes are kind of crazy-looking.” Still, she writes to people by hand as well — for the personal touch, which an email just can’t capture.

6. Travel-Sized Declaration of Independence: Michelson says this little booklet is her north star: “Everything we do is grounded in equal access. And there was a lot of thought that went into words like being endowed with unalienable rights and being created equal, which were supposed to transcend time. So whether it’s with immigration or what we’re doing with sports, it’s about pushing down barriers to drive real change and the trajectory of people’s lives.”