When Educators Called for Help, This Company Answered

“It wasn’t an option to not respond to these teachers who had been left alone.”
Written by Kelly O'Halloran

When it came to addressing the massive demand for Screencastify’s video recording, editing and sharing tools last year, no idea was off the table.

Not even temporary Screencastify email accounts for employees’ family members.

“It became clear early on during the pandemic that every person on our team, regardless of function, needed to be available to answer questions for our users, the educators,” said Director of Success Laura Litton.

By the end of summer, that meant family members.

The start of the new school year signaled a wave of first-time Screencastify users as teachers scrambled to prepare for remote learning environments. Inquiries and support tickets spiked, flooding Screencastify’s 30-person team with questions about how to use video for class-wide instruction, individual assignments and more.

“We were maxed out, but we didn’t want the smallness of our team to affect our users,” Litton said.

For CEO James Francis, replying to every inquiry was nonnegotiable. 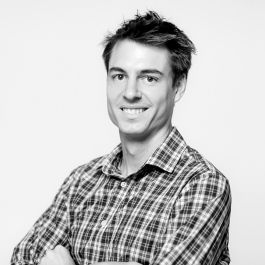 “It wasn’t an option to not respond to these teachers who had been left alone with no precedent for addressing virtual classrooms,” Francis said.

So, Screencastify turned to relatives, spouses and friends familiar with the platform to help answer questions and process requests. While perhaps unconventional, Litton said the move ensured that every user received a prompt response.

Similar fast-thinking adjustments showed up again last year when the team carried out an early product release, an engineering hiring spree and subsequent reorganization. All of these efforts ultimately provided extra support to the end users: the teachers and students.

“We need to make sure that we grow and move with the pace that this new educational world demands,” Francis said. “That has been the primary reason that we have grown and continue to grow so much more quickly than we ever have before.”

Here’s how they did it.

From Nice-to-have to Must-have

At the start of 2020, Screencastify’s product roadmap included an early summer release of its second product. Called “Submit,” the tool would offer students and teachers secure access to record and share asynchronous videos.

“We had designed this for a world without a pandemic, but when schools closed, this tool went from a nice-to-have to an immediate must-have,” Francis said.

Instead of a June or July release, Francis and his team bumped up beta testing by three months. 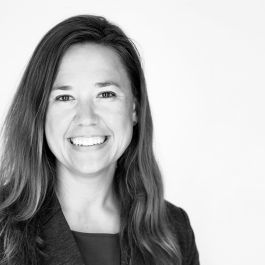 “We began having conversations about Submit with educators around March 4,” said Litton, who had joined Screencastify the month prior. “Then we asked a couple of people to try it out on March 12 — and quite a few more on March 18.”

In those weeks, Litton and her team kept a close watch on daily user metrics and analytics, collected feedback, provided regular companywide updates, and spun up support so that no questions regarding Submit went unanswered.

“My team was very committed to making sure they found solutions for these teachers in whatever capacity was possible,” Litton said. “If it was possible to put answers out there, we were going to do it.”

Looking back, Francis still can’t quite believe how his team made it happen.

“I don’t know how we did it, but we did,” Francis said. “Submit was not released as it was originally intended to be, but we came together and made sure it would stay reliable for everyone.”

Meanwhile, during Submit’s beta testing, Francis called upon Screencastify’s new Director of Engineering Collin Miller to double the engineering team — and then triple it.

“I kept moving Collin’s goalposts as we continued growing,” Francis said. “We started with hiring three people, then I’d ask for four. Pretty soon I was requesting 10 to 12 new engineers to keep pace with our product roadmap.”

Without hesitation, Miller set off on a recruiting journey, adding front-end, back-end, DevOps and site reliability engineers to his team. 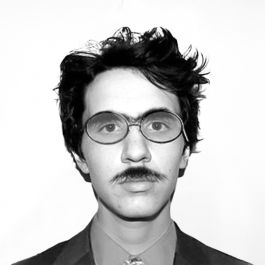 “Everything was in place from a technical standpoint to deal with the user capacity growth we were experiencing,” Miller said, nodding to early engineering decisions to run on Google’s Cloud platform. “Because of this, I was able to solely focus on designing the structure of the engineering and product departments and build processes to support a scaling team and an expanding roadmap.”

Screencastify runs as a Google Chrome extension and uses Google Kubernetes Engine for cluster management, Firebase for web hosting, Firestore as a database engine and Drive for customer video storing. This framework ensured that when users jumped from millions to tens of millions in 2020, no major technical hiccups occurred, Francis said.

Following the hiring push, Miller increased his team from five engineers to 17 — a reflection of Screencastify’s team as a whole, which grew from nine employees to 50 by the end of 2020.

Miller then implemented the squad engineering model, reorganizing engineers into cross-departmental specializations. One squad focuses on Screencastify’s editor tool, another works on integrations and the third focuses on new products.

This shift was significant because as the number of Screencastify users has multiplied, so have the use cases for its tools. By organizing into squads, Miller said his team is able to divide and conquer to create tools that support different classroom activities.

“We’re a bit more of a grown-up engineering department now,” Miller said. “Our capacity to have an expanded roadmap at any time is larger. Now we can focus on three things at a time instead of just one.”

The early product release, engineering hiring push and corresponding restructuring of the team marked some of the more formal ways in which Screencastify adjusted to user demand in 2020.

Less officially, but no less important, was how the team rallied to help educators assist one another as schools closed.

When educators in Asia first moved into remote and hybrid learning models in February, Screencastify responded with free accounts for teachers and instructional webinars in different languages.

Then, Litton’s team gathered best practices by speaking with educators overseas to learn about their remote classroom practices and processes. Live panels, materials and infographics soon followed in an effort to help educators get a plan in place as the virus spread and schools closed.

We felt that the best thing that we could do to help, besides offering our products for free, was to try and distill what was and wasn’t working.”

“We felt that the best thing that we could do to help, besides offering our products for free, was to try and distill what was and wasn’t working,” Francis said.

By the end of 2020, Screencastify’s efforts paid off.

Pretty impressive for a company that’s never raised funding, started 2020 with nine employees and had to outsource the help of friends and family to deal with support ticket overflow.

“We want every video that is consumed in an educational context to be a Screencastify video,” Francis said. “There’s a lot of work that we need to do to get there, but I think that we can accomplish that a lot faster than we originally had planned after this year.”