At CMMS Data Group, It’s Fine if You Want to Switch Teams

Employees at CMMS Data Group know that if they want, they can always try something new.
Written by Brendan Meyer

Nick Kucera and Ken Kalan used to be teammates on CMMS Data Group’s technical support team. But earlier this year, the pair went their separate ways.

Kucera is now a customer success associate, and Kalan is a reporting and API analyst. What makes their transitions unique? They were both encouraged by the company to try these new roles.

“That’s because there’s a companywide sentiment that is very clear from day one at CMMS Data Group: They believe in promoting internally and giving people opportunities outside of their specific skills,” Kucera said.

Indeed, the software consulting company is always looking to promote from within, spotting talent in each of their 60 or so employees and grooming them for future roles that interest them. In fact, the process is literally built into performance reviews.

This culture extends to interns, too. Oziel Monarrez started his July internship in human resources. Now? He’s interning as a QA analyst, and in January, he’ll start full-time after graduating from the University of Illinois Chicago.

Built In Chicago sat down with each of these team members to learn about the advantages of working at a company that believes in promoting from within, and what skills they’ve developed at CMMS Data Group.

Oziel, when you applied for this internship, did you think it was going to be in HR the entire time? 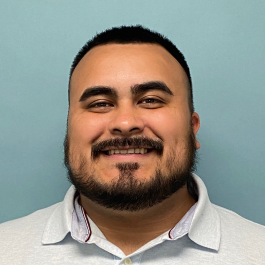 Oziel Monarrez, QA analyst intern: During my interview, I was asked what I was interested in doing. When I was placed in human resources, it was because they needed support there, but I was told they’d definitely see where they could put me later on. They made sure that I knew there was room to grow, and there were people looking out for me, making sure I got the right tools to grow.

The great thing about HR is that you get to know everybody. I had the opportunity to meet different people around the office, and even meet the consultants visiting from out of state. This helped me get on a personal level with a lot of people, which is always a core value of mine: develop relationships with your coworkers.

They made sure that I knew there was room to grow, and there were people looking out for me, making sure I got the right tools to grow.’’

Nick and Ken, what are some of the skills you gained in technical support that have prepared you for your current roles? 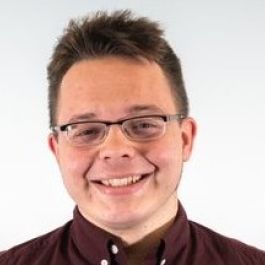 Nick Kucera, customer success associate: I developed a very intimate knowledge of the software and all the issues and problems that people can experience using it. I also learned what people in maintenance do on a daily basis and what they’re trying to get out of the software. That prepared me for my current role because I work directly with our customers to make sure they’re happy with our products and don’t want to go somewhere else. Being able to know what they want out of the software was invaluable. 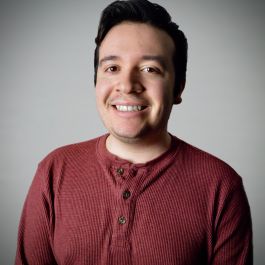 Ken Kalan, reporting and API analyst: Tech support was a really nice place to start because I received a jack-of-all-trades learning. I also developed an intimate knowledge with the software, as I was constantly troubleshooting issues. If something broke, I’d work through why it broke and then do a write-up and send it to the development team so they could fix it on the back end. But even beyond the software itself, I received a knowledge of best practices for a lot of maintenance and manufacturing.

Users will often want to know how to do something in the program, or how they should best set up the software so that it serves their needs. I learned how to do that during my time in tech support, even the outside processes for calculating KPIs or how preventative maintenance orders should be set up and scheduled. Transferring all of this knowledge to my new position is really beneficial because that knowledge allows me to build the reports that users want to see, and set them up in the way that would best represent the information they’re looking for.

Many of Monarrez’s friends haven’t met the CEOs of the companies they’re interning at. Monarrez, on the other hand? He met Ruth Hughes, CMMS Data Group’s CEO, in his first month. “She was like, ‘Hey you’re Oziel,’ and I was like ‘Oh my god, this is the CEO.’ She was really friendly and nice. Meeting the CEO is a great learning experience. It just shows the emphasis on personal relationships here at CMMS Data Group.”
They're Hiring | View 3 JobsCMMS Data Group is Hiring | View 3 Jobs

What does it say about CMMS Data Group that you have the flexibility to try something new?

Kalan: I agree. It’s a mix of valuing the employees you already have, paired with internal cultivation. They observe what you’re good at, and then they build up your skills so that you’re able to transition them elsewhere if that’s what you want. We don’t have to worry about an outside hire for roles. CMMS Data Group prioritizes internal promotion. If I’m not mistaken, I think my role was more or less created for me because there wasn’t a previous position where reporting and APIs were grouped together as someone’s responsibility.

It shows they are committed to keeping their employees long-term.’’

What excites you most about working at CMMS Data Group?

Kalan: Obviously, our company is on the smaller side. But I think our propensity for growth is immense being a software company. Our software fills an important maintenance and management need for factories. It’s exciting to see, even in just the two years I’ve been here, how much we’ve grown and where we could go in the future.

Monarrez: As a QA analyst, I’m part of the growing process. Two weeks ago, I had a training about the application itself, and I learned a lot. I never expected software like this to exist where you could do so much in one place. I love hearing stories from people who use our software. I spoke with someone recently who uses it for their warehouse. They were so excited about our software functions, which really excites me. Each one of us at CMMS Data Group plays an important role in that customer’s excitement. It’s something to be proud of.