As Braze Grows, These Team Members Are Leading Through Change

The road through growth can be bumpy — but adaptability, communication and thoughtful collaboration can smooth the journey.
Written by Stephen Ostrowski

“We had celebrations on a team, department, and companywide level. Everyone was so excited to see one another. The energy was just outstanding,” Tarczynski said.

Aside from the enthusiasm over reconnecting with colleagues face-to-face, there’s plenty more to energize team members of the company that managed to score a spot on Forbes’ Cloud 100 in 2021: Last year’s IPO. This meant hiring hundreds of new team members, bringing the total Braze team to over 1,200 and expanding the business to Paris and Toronto, which increased Braze’s scope to a total of 10 domestic and international locations since its founding in 2011.

According to Papiya Misra, a senior engineering manager for the internal tools and partnership teams, it brings the company —  which offers a product that helps brands cultivate customer engagement across channels like SMS, email, apps, and more — to a dynamic juncture. With a global customer base now numbering over 1,500, there are attendant considerations that demand adaptability, foresight and a different approach than what was previously required. 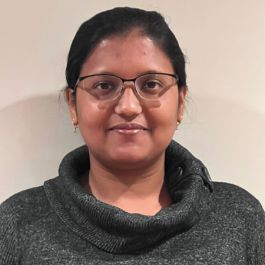 “​​Since we have a wider customer base, the diversity of product features required has also increased. Whenever we design something or build something, we now have to think: What about the three different customers who have not asked for this, but may ask for it later? How do we define and design our solutions so that they scale better?” Misra said.

Will Crocker Hay has had a front-row seat to the ongoing evolution of Braze during his nine years as a team member, holding various roles on his way to becoming the company’s VP of customer and partner education. He cited intentional and thoughtful hiring as one of the intangibles that has allowed the organization to maintain its culture and remain competitive.

“We’ve made sure that we’re bringing people into the organization who are going to embody our company values, such as being human, embracing curiosity, and being open to new ideas and new perspectives,” Crocker Hay said. “But we also want people to take their seat at the table, think about how they can add their voice to the conversation, bring their ideas and perspectives to the forefront, and make things better.”

In a conversation with Built In, Misra, Tarczynski and Crocker Hay shared why they appreciate the dynamism of the moment, how they’re continuing to elevate their careers and why they believe the path ahead looks promising.

Braze has experienced significant growth lately. How does that affect your day-to-day work?

Misra: I’ve become a better collaborator as a result of these changes. Also, knowing that this product is being used in so many different countries and we are hiring from so many different places is exciting. As a person who works in product and engineering, baking that globalness of the product into our day-to-day decision making and prioritization has been really exciting. 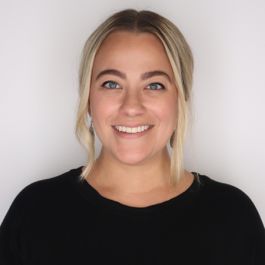 Tarczynski: It’s been incredibly exciting to see my team grow along with the business. When I joined three years ago, I was the second of just two HR business partners. We have had to expand and scale in order to be able to support the growing business. That has meant adding business partners all over the world building a ladder to encourage growth and excitement for everyone who is joining our organization.

Crocker Hay: There’s no shortage of great ideas about what we can do next at Braze. Our ideas have historically outstripped the number of people we have to execute on them. Things that were just pipe dreams based on the resources we had previously are now coming to the point where we can start to make them a reality.

There’s no shortage of great ideas about what we can do next. Things that were just pipe dreams based on the resources we had previously are now coming to the point where we can start to make them a reality.”

How do you help your direct reports and colleagues navigate these changes?

Misra: One of my teams has members in New York; Austin,Texas; and San Francisco. Initially, it made meeting times and team events challenging. We set up office hours on our calendars that alert someone if they try to set up a meeting that is outside of those hours. That way, we respect each other’s time. We also have specific team collaboration hours where we’re supposed to be online, so that everybody gets some face time with the team, and we’ve planned a few virtual events. And recently, it was great meeting everybody in person during our annual kickoff.

Tarczynski: It’s been a masterclass in communication to grow the way that we have. I have individuals on my team that span all the time zones in the U.S. Then we have the broader team supporting our Singapore and Tokyo offices. It’s about ensuring that you’re not only being communicative, but subsequently respectful of people’s time. We’ve grown so much that communication has really been a priority for us. 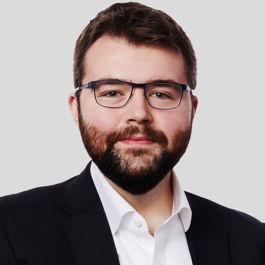 Crocker Hay: We also have to be really intentional about the connections that we create between our teammates. We’re able to foster community through virtual events and by setting up employee affinity groups and employee resource groups. And as a manager, it’s been critical to just listen to my team and hear what is really working for them and how I can be helpful.

“Everyone at Braze is so dedicated and passionate not only about the product and what they’re working on, but about one another,” said Tarczynski, who added that the company focuses on “culture adds” when growing the team. “You’re looking for them to bring their own perspective, knowledge and experience.”

What opportunities for growth exist at Braze?

Misra: For engineering, there are different categories of growth. There’s growth in headcount, which means leadership opportunities for everybody involved. Also, the growth in our customer base creates more technical challenges, which means different skill sets are needed to execute on things. Because we have a more diverse customer base, everybody needs different kinds of partnerships in order for us to provide a complete feature set. That requires being aware of different kinds of verticals and specializations. On my team, there are also a lot of processes that need to mature if we are going to hire more.

Crocker Hay: I was able to grow from an individual contributor through several levels of management. People are able to find their own paths here — growing horizontally, diagonally and vertically within our organization, whether it be through an individual contributor role or management. As we continue to grow, I look forward to offering more of those opportunities in the future.

Tarczynski: We have a tuition program that allows individuals to reimburse up to $2,500 annually for any courses, classes or programs they want to take to enhance their professional development. We also offer all Braze employees 10 free coaching sessions with a career development coach annually. Utilizing career coaching has helped me become a more confident manager and leader on the team. It’s been a really fruitful relationship.

Looking back, what’s the most exciting change that you’ve experienced at Braze?

Crocker Hay: We hit $100 million in annual recurring revenue only a couple of years ago. Now we’re a publicly traded company with 4.1 billion monthly active users and $238 million in revenue last fiscal year. It’s just really exciting to think about when we hit all these milestones and where we can go next as a team.

Misra: Before the pandemic started, my team had about three or four people, all of whom I had hired in person. Through the pandemic, I hired the rest of my team. It was exciting being at the annual kickoff and seeing all of those people in person.

Tarczynski: For me, it’s all about my ability to step into managing this U.S. team. Six years ago, I was singing and dancing; I have a degree in musical theater. The way that Braze helped me grow my career and pivot into something that, six years ago, I didn’t think that I would be doing, has just been an invaluable and exciting change for me. It was also really exciting to be a part of the IPO and work with the teams to get everyone to that monumental day in Braze’s history.

Lastly, how do you hope to contribute to the company’s continued growth and success?

Crocker Hay: Continuing to build out my team and leaders of the company: That’s been the most gratifying thing for me over the years. We’re seeing a lot of people strive for more and achieve more in their careers. Continuing to invest in the people around me is going to have a much more outsized impact than I can contribute individually.

Tarczynski: Being a part of the team that provides managers with the tools they need to lead with humanity, ensures they’re growing their teams, and thinks about the best things for the business and its employees — that’s what I hope to continue to contribute.

Misra: I’m looking forward to building a team that’s agile enough to keep an eye on the company roadmap and objectives and key results, supporting idea generation and execution, and continuing to find talented engineers to grow my team.