How Neopenda is fighting infant mortality with wearables

More than three million infants die within a month of being born, according to estimates by the World Health Organization. Practically all of those deaths happen in developing countries, often from health complications that are easily treated — if discovered.

Babies in need of immediate attention go unnoticed, and they die from preventable causes.”

“There are just so many critically ill babies in hospitals, but there really aren’t enough nurses to care for them,” said co-founder and CEO Sona Shah. “Babies in need of immediate attention go unnoticed, and they die from preventable causes.”

Neopenda’s wearables, which can be placed on a baby’s arm or forehead, measures four vital signs: pulse rate, respiratory rate, oxygen saturation and temperature. After outfitting newborns in a neonatal care unit with the devices, nurses can check values from all the babies in the room with a tablet. 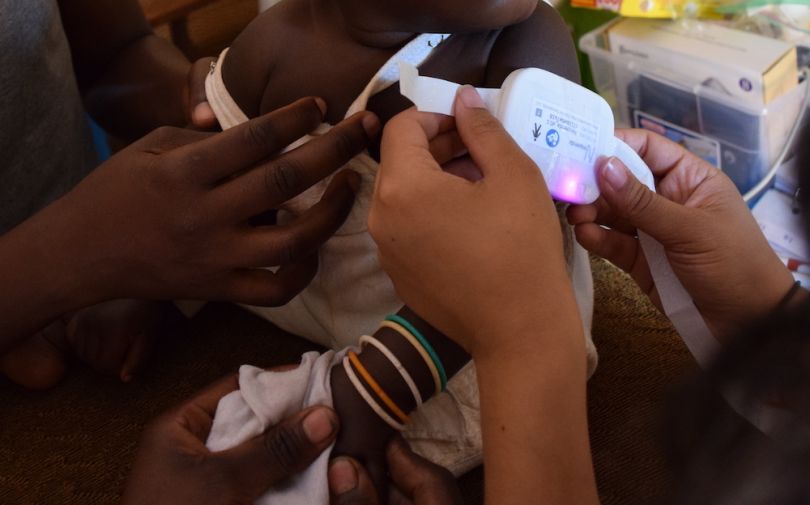 The wearables also have a built-in alert system for when an infant’s vital signs fall outside a healthy range.

“The device alerts nurses in a few different ways,” said co-founder and CTO Teresa Cauvel. “The tablet sets off visual and auditory alerts, changing the colors of numbers and making beeping noises. On the device itself, a red LED light starts blinking.”

Cauvel said Neopenda’s chief innovation is not the technology itself but the form factor. By monitoring four vital signs with one affordable device, the startup wants to reach hospitals that traditionally don’t have access to such technology. The device and its accompanying app are also designed to be easy to operate for users with minimal training.

“These nurses are extremely busy and they have to deal with a lot of patients,” said Cauvel. “Over the last three years, we’ve visited 25 hospitals in Uganda and spent a lot of time shadowing and interviewing nurses. What we found is that we need the solution to be easy to use so it doesn’t add work to their lives.”

An early version of Neopenda’s devices is already being field tested in hospitals in Uganda. The founders said the company is already working on a second iteration of the product, which will be smaller and have a longer battery life. The goal, said Cauvel, is for the battery to last for five days, which is long enough to monitor an infant’s entire hospital stay without recharging.

Shah and Cauvel are the company’s only employees in Chicago, with an additional team member based in Uganda. The founders are looking to double their team this year, adding talent with expertise in software development and commercialization.

Neopenda has raised $600,000 in funding to date, with plans to raise a larger seed round in upcoming months.