How to Guide Your Company Through Hypergrowth

“You have died of dysentery.”

It’s a line Mark Walz at SpotOn likes to say, referencing the 1970s computer game “Oregon Trail,” where you navigate your settler through the challenges of a cross-country trek from Missouri to Oregon, hoping to avoid a snakebite, a broken arm or the game’s most classic death of all, dysentery.

But for SpotOn’s chief technology officer, the line is an analogy for hypergrowth. Walz loves the thrill of taking a small company and turning it into a big one — which is exactly what he’s doing at SpotOn — a grand task that at times can feel like a cross-country trek toward the unknown, with plenty of pitfalls and growing pains along the way.

And sometimes, not everyone makes the journey.

“It’s not easy. It sounds fun, and it is. But change is also very difficult,” Walz, who’s taken companies through hypergrowth before, said. “In past experiences, I’ve seen people try to hold onto all of their small company routines, which creates a lot of friction as you make the transition.

“Not everyone wants to be part of the next big thing and that’s OK. We try to maintain our small-company feel while competing in a much bigger arena. It’s a balancing act.”

Since the start of 2020, SpotOn, a marketing software company that helps small and medium-sized businesses market more effectively to their customers, has added roughly 80 positions, and it’s planning on hiring 100 more in 2021.

We spoke with Walz and two tech professionals who’ve been part of this transition to learn more about their trek on the hypergrowth trail, and the biggest lessons they’ve learned.

Leaving behind a cozy environment 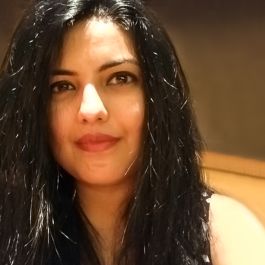 When Yogita Chablani and Ida Lu joined SpotOn two-plus years ago, the Chicago office was lean enough that when the developers went out for lunch, everyone could fit at one table.

“It was small enough that when someone joined the company, there was no need to announce it on Slack,” Chablani, a senior Android engineer, said. “You would just know because there was a new person in the room.”

This small atmosphere provided a tight-knit environment, and plenty of opportunities for professional growth. For example, Lu started off as a project manager at SpotOn after graduating from a boot camp as a developer. Now, she’s the director of product operations.

Rolling your chair over to a neighboring desk for a request was normal.”

Wearing multiple hats on a lean team sometimes resulted in a bit of chaos. Take a Poynt release, for example. Just before the company revealed one of its hardware offerings, the engineering team needed to test many different scenarios. They relied on a couple of quality assurance (QA) engineers to do this task, with Chablani and Lu there to help, resulting in long hours and lots of brainstorming sessions.

“I remember one particular evening when there was some production issue and we had to fix it,” Chablani said. “Another developer and myself were testing on multiple devices and looking at the code to figure out what could be going wrong. We were sitting at a desk with the QA engineers, brainstorming and asking, ‘Oh, did you find something?’ ‘I'm looking at it, what do you see?’ ‘I just submitted the request, do you see the response?’”

“Rolling your chair over to a neighboring desk for a request was normal,” Lu added. “Because we were small enough where we didn’t need to Slack.”

That doesn’t happen much anymore, and not just because the Chicago office is working remotely due to the pandemic. SpotOn has added an office in Poland and Mexico in the two-plus years Chablani and Lu have been at the company. The headcount at the Chicago office has more than tripled, and the same could be said for the San Francisco and Detroit locations. 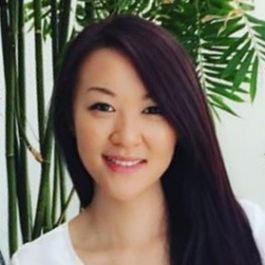 “We’re still trying to keep that close-knit environment up, but it will get harder as we grow,” Lu said.

EVERY DAY HE INTERVIEWS

As you’re reading this, Walz has either recently completed a job seeker interview or is preparing for one. He averages at least one a day, sometimes two. And that’s just him. There’s many other hiring managers at SpotOn doing the same thing. “No matter the position I’m interviewing for, there's one underlying trait I always want to know about each interviewee: curiosity,” Walz said. “How curious are they? Do they want to learn? Do they want to grow?”
They're Hiring | View 11 JobsSpotOn is Hiring | View 11 Jobs 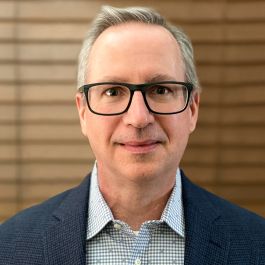 How do you preserve that “lean and mean, tight culture” Walz described, while rapidly growing, refining workflows and ridding the company of those chaotic multi-tasking moments? The first step for Walz was listening. When he joined the company in June, he spent his first two months as a quiet observer.

He came over from StockX, where he shepherded a team of engineers through hypergrowth, from 40 to 150 people in one year. When he was given a similar opportunity to do it again at SpotOn, he jumped at the opportunity.

“I'm a little bit of an adrenaline junkie, and this is my adrenaline piece. I knew the inflection point SpotOn was at, and where they needed to get to,” Walz said. “They were at the peak of the roller coaster ride, about to go screaming down the hill.”

One of the trickiest parts of hypergrowth is what Chablani and Lu are going through, Walz explained. At a small company, you know everyone and know what they’re working on. At a technical level, you know what every system in the company does, and might even know all the code for those systems.

“But when you scale from 20 to 100 to 200 engineers, suddenly, you can’t know everything that everyone’s doing, and you have to trust them,” Walz said. “It’s hard when you used to do everything — you were the janitor all the way up to the CEO. Now you have to put those people in place and trust them. It’s about helping people learn to trust their peers, to build teams and then provide paths for people to grow.”

People are kind of messy, and you have to be prepared for that hypergrowth transition to have a little bit of chaos.’’

That means more communication, more documentation and appearing on Zoom more often. It means a little less cowboy coding and having more of a team mindset, Walz explained.

“Sometimes that’s a lot to ask of engineers. We tend to be introverts and want to focus on code that behaves in a very specific and known way, whereas people don’t. People are kind of messy, and you have to be prepared for that hypergrowth transition to have a little bit of chaos,” Walz said. “I tell everyone to embrace it. Because when we come out the other side, we’ll actually be operating at a really efficient level.”

So far, Chablani can already see the results of that efficiency. Even though some of her favorite aspects of a cozy work environment are gone — she now relies on Slack to learn about new hires and their hobbies — her job has much more structure.

“We have product owners for each product. We have separate QA and designers assigned for each project,” Chablani said. “It’s better communication and better response time, because everyone isn’t swamped.”

That’s the goal, Walz said. But the company still has a ways to go. The hypergrowth trail is long, and there are still growing pains to be had as the company continues to expand. But even that part is still a thrill for Walz and his colleagues. Switching back to another one of his hypergrowth analogies, Walz acknowledges that SpotOn has gone down the first big hill of the roller coaster.

“We still have a couple of loops and some hard turns,” he said. “But we’re picking up speed, and it’s pretty exciting.”