The Transition to Becoming a Manager Isn’t Easy. Here’s How to Make it Easier

Built In Chicago sat down with three Pricefx managers to learn their management styles, the lessons they’ve learned along the way and how they become better managers.
Written by Brendan Meyer

Regardless of where you’re at in your management journey, management takes patience, creativity, listening and strong leadership.

Those are some of the attributes that guide the managers at Pricefx, a growing software company where constant development as a manager is top of mind. One of the hardest things to remember? Sitting back and trusting the team.

“At some point in their careers, all managers were accustomed to getting the work done themselves as individuals, but now they’re at a stage in their career where it’s actually bad if they go and try to do the work,” Ronak Sheth, Pricefx’s president and CRO, said. “Because it’s not scalable.”

That mantra doesn’t stay contained at the C-Suite. At the Chicago company, managers are encouraged to have different styles of leadership, employing various tricks and tips they’ve learned over time. Take Randy Spal, a business development manager for the Americas, who said he likes to lean on a humanizing mindset to set his team up for success.

“People are people at the end of the day,” Spal said. “Stuff happens. We make mistakes. But you have to realize that everyone is trying their best, and no one’s purposely trying to make a mistake.”

For Catherine Kirk, customer solutions director of Americass for Pricefx, it’s about seeking the win-win decisions, minimizing the win-loss decisions and bringing the best out of her team members.

“I always say, ‘I don’t have a specific talent, I just know how to leverage them,’” Kirk said. “I guess that’s a talent in itself — being resourceful and figuring out how to keep things moving.”

To discover more about how these three managers lead, Built In Chicago sat down with Pricefx. Together, we talked at length about management styles, lessons learned and advice they have on how to become a better manager.

Pricefx’s cloud-based price management and CPQ software helps B2B and B2C companies maximize their margins. The company’s flexibility leads to customers from a diverse set of industries and sizes, including brands like Michelin, Sonoco and Robert Bosch.

Sheth started at Pricefx as the president and chief revenue officer in May 2021. Prior to joining the team, he spent years managing teams of different shapes and sizes, including running a business he co-founded of more than 100 people. As for his current role? Sheth leads a team of 300. 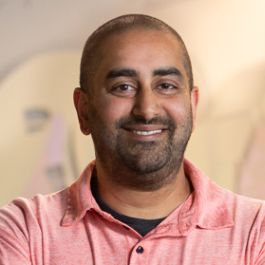 Ronak, you currently lead a team of 300 people. Can you tell us about your management style?

Ronak Sheth, President and CRO: I like to start with strategy and direction. One of the most frustrating things for me early in my career was when I worked for companies and it wasn’t clear how what I was doing contributed to the goal. We don’t have that problem at Pricefx. Everyone knows what we’re here to do. One of the big to-dos for any manager or leader is to translate that into each employee’s goals.

I also ask a lot of questions, and I listen. That’s been a maturing process for me, because early in my management career, I would talk a lot and say, “We should do this, we should do that.” Now, I probably spend 70 percent of my time just sitting there and listening.

In terms of values, I believe in transparency. We’re not going to have secrets. We’re going to be accountable for our actions. We’re going to be open around feedback. I used to hate when my manager would tell me, “You’re doing everything right.” Tell me something I can improve upon. I like positive reinforcement as well as constructive feedback.

How does the scale of people you lead affect your management style?

It certainly affects my own direct reports. When dealing with a smaller team, I have more direct interaction with the team, so I’m going to have a better understanding of the day in the life for each person. In the role I’m in now, that’s impossible. I’ve tried, and continue to try, but it’s not realistic for me to know what’s happening every day to every individual. Instead, I rely on my own leadership team, and the strength and diversity of that team, given all their different skill sets.

What advice do you have on how someone can become a better manager?

Many years ago with my first boss, I was frustrated about something, and I had this moment where I sort of blew up. And my boss said, “Ronak, I can’t read your mind. If you don’t tell me something, how would I know?”

That always stuck with me. I think that’s how you become better at managing. You become self-aware of the things you’re doing and the impact they have on each person, and you ask them questions like “What should I do more of?” and “What should I do less of?” For each person, the response is going to be different, and that’s OK.

Kirk worked in prior management roles, but finds her way to her current role after a series of promotions from a project manager at Pricefx in 2019. The veteran project manager is now the customer solutions director of Americas — a role that oversees 30 project delivery professionals. 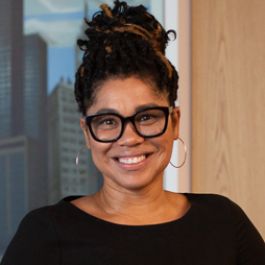 What’s the transition felt like as you went from a project manager to someone who leads other project delivery professionals?

Catherine Kirk, Customer Solutions Director, Americas: Evolving. Project managers are accustomed to being close to the ground and in the details as we mostly work with people who do the actual work. My hesitation with this role was the prospect of orbiting further away from the daily challenges where enacting change in the desired direction happens in real-time. It  forces reliance on more folks, our collective lessons learned and trust in our processes.

What is your management style?

Collaborative. I work to align on shared objectives and gain agreement. As long as we can invest the effort required to meet the goal, on time and budget, of course, all is well. Though there is intensity surrounding our deadlines, our work balance is rewarding. I encourage out of the box thinking. A group might go kayaking on a Wednesday afternoon from the office, it happens.

How do you become a better manager?

Becoming a better listener. Ever notice how others light up when the expressed thought is summarized back? I tend to speak fast and think fast because I’m inspired by the exchange of ideas. Slowing to focus on listening improves communication.

I would also ask others what I require of myself. Keeping my word, not taking slights personally, making no assumptions and doing my best are decisions I make every day and don’t hesitate to ask the team to do as well.

Kirk knows the numbers. Though gender diversity stands at 19%, less than 3% of the tech workforce consist of Black women. “Just by virtue of the numbers Pricefx is way ahead of most companies welcoming diverse leadership,” she says. “This opportunity brings light to the shortfall of diverse talent in the software space. Perspectives matter, and my ascent to a leadership role at a software company, in pricing no less, is a big deal.”

In November, Spal made the jump from a non-managerial role to a managerial role for the first time in his career (unless you count the time he managed an ice hockey rink in college). Today, he’s a business development manager for the Americas at Pricefx. 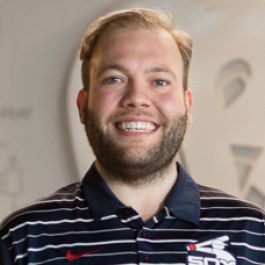 Randy Spal, Business Development Manager, Americas: One of the biggest factors was going from an individual contributor in a sales role my entire career to relying on a bunch of team members to hit the quotas I used to hit. Throughout this process, it was important that I had the opportunity to hire and onboard my entire team. I was able to build a team culture full of people who are driven and passionate.

What is your management style?

I trust my team to do the job I hired them to do without the need to micromanage. In previous roles in my career, that’s something I never really understood — spending time, money and resources to bring someone onto the team and only to fail to give them the autonomy to do their job. That’s a huge part of the Pricefx culture: Everyone’s empowered to try their best and do their job to their fullest ability. And if there is something that might need a little fine-tuning, your manager is there to help carry you over that finish line.

What are some lessons you’ve learned from previous managers in your career?

In my previous roles, I’ve experienced environments that are completely structured, where I was told what I should be doing every single day, and environments where my manager told me to figure it out, and if I had questions to come back and ask. What I try to do is a blend of both. I know some people prefer structure, whereas others don’t. It’s all about figuring out what each person on your team responds to best, and putting your best foot forward to be the best possible manager and coach for them.

When I knew I was making the move to management, I asked a former coworker for advice, because he had been in this position before. He said that I was going to fail, and at times, fail miserably. But that’s OK, and that the only time I would truly fail is if I don’t learn from my mistakes. I took that to heart.