Farmer’s Fridge Is in a Growth Spurt, Thanks to People Eating Their Greens

Farmer’s Fridge once focused on vending machines to deliver quick, healthy meals to hungry customers. Now, with its direct-to-consumer model, the company has made it easier than ever to eat better.
Written by Adrienne Teeley

What’s the easiest way to get people to eat their vegetables?

Farmer’s Fridge has been chewing on this question for nearly a decade, building inventive ways to bring healthy food to the masses. For years, its core business model was stocking salads, sandwiches and bowls in specialized vending machines.

As far as accessibility goes, a vending machine is about the quickest delivery method there is for putting food into people’s hands, especially in airports, colleges, hospitals and office buildings, where healthy options are often few and far between. But when Covid-19 hit and more people began staying at home, Farmer’s Fridge found itself needing to pivot, Swetha Huliyar, a senior logistics manager at the company, said. And if people weren’t coming to the company’s vending machines, Farmer’s Fridge would have to come to them.

“We knew we had to get our food to our customers, so we started a direct-to-consumer model,” Huliyar said. “By the end of last year, we had started scoping out how to partner with third-party carriers so we could ship boxes of food and expand our footprint beyond our existing markets of Chicago, New York and New Jersey.”

Finding hungry customers outside of its original markets proved to be pretty simple, Huliyar said. Even before the company was poised to launch a national product, people all over the United States were inquiring when Farmer’s Fridge would expand to their area. Now, the company is able to deliver boxes of healthy meals to people in 43 states, with no plans of slowing down.

We learned to fail fast, improve and test it all out again the next day.”

Between navigating new markets, juggling skyrocketing consumer demand and tackling a host of logistical challenges, the Farmer’s Fridge team had their work cut out for them when rolling out the national, direct-to-consumer channel over the last year. But instead of becoming overwhelmed by the task at hand, Software Engineer Brett Geschke said the entire company came together to support each other and find new solutions.

“With this launch, there wasn’t an expectation that we were going to get it perfect right away,” Geschke said. “Instead, we were going to get this out the door, deliver our product to friends and family, and constantly iterate. We learned to fail fast, improve and test it all out again the next day.”

To learn more about how Farmer’s Fridge pivoted so quickly, Built In Chicago spoke with Huliyar, Geschke and Senior Business Data Analyst Tina Carr. Together, they took us through the steps required to build a national product, the tech that powered the launch and why the culture at Farmer’s Fridge enabled the team to see such rapid success.

Logistically, what did launching a new national product look like? 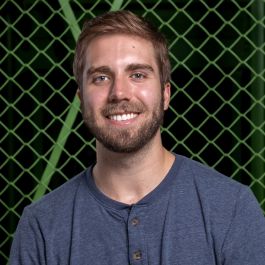 Software Engineer Brett Geschke: Initially, we were just going to target our existing markets and keep everything in-house. That meant our own delivery drivers were delivering to the customer’s house and everything was in our network. We quickly proved that model and then scaled it by partnering with a third-party carrier to deliver to more places. That meant we had to integrate with a third-party shipping platform service that serves as the middleman between our own order system and the carrier.

First and foremost, we had to build a delivery site so that customers could choose what items they want and when they want them. Then, we had to make sure we were getting the orders from Shopify into our own system. The third component was ensuring that the carrier could deliver to certain ZIP codes in a certain amount of time. It involved a lot of cross-collaboration and testing to make sure the food is at the temperature it needs to stay and is presentable to the customer. 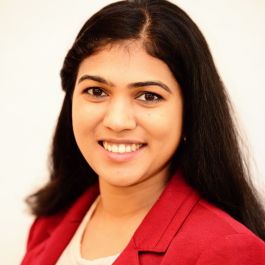 Senior Logistics Manager Swetha Huliyar: The shipping box itself was a challenging project to take on because none of us had done anything like this before. We had to scope out the size of the box and how we’d keep the food within the temperature approved by our quality standards team for the time it took to reach our customer. We also had to make sure that the box and its contents looked good, too. Since we launched, we’ve been learning constantly and making improvements to every aspect of the box.

Switching to a third-party carrier to deliver the boxes has helped us utilize our own drivers more effectively for other channels we’ve been expanding, like our wholesale catering channel and retail in Target and Jewel Osco.

What role did tech and data play in the expansion of Farmer’s Fridge?

Geschke: Tech was really important to this pivot, especially around order management. Our customers needed to be able to visit our site and select what items they’d like, and on what day. We had to ensure a maximum capacity, so the site didn’t accept every single order, causing us to run out of food. Then, we needed to ensure we had the correct dates for orders, and those orders contained the right items going to the right address. Plus, we had to navigate the logistics around transit times, which differ by ZIP code.

Senior Business Data Analyst Tina Carr:  My work came into the picture after the launch. Essentially, I wanted to monitor and analyze the key performance indicators from before and after the launch. When we expanded into larger markets, it took time to understand the changes in KPIs. We needed to find out if any changes occurred because we did something different or because of our new audience’s reactions, and if the numbers we were seeing were new normals or if there were areas to improve. 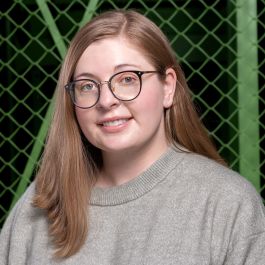 After the launch, demand skyrocketed. We had a ton of new customers coming to the site, and as a result, we saw it took customers longer to get their first or second orders. My team put together the context of the new market. Working cross-functionally was really helpful in this respect, because we could bounce ideas off people who work closely with the consumer to get a different perspective of why something was happening, and then I would look at the data to confirm. The analyses we do when we’re trying to make bigger decisions around changes are really interesting.

What other considerations did you face with this new product launch?

Geschke: An interesting aspect of us using a carrier is that we lost a little bit of control as far as logistics go. Before, we had our own delivery drivers and could easily track when our orders were arriving, and our customer service could reach out to the customer. But now that everything goes out to a carrier to be distributed across the entire United States, figuring out how to track each individual order became an important component.

Carr:  A huge shout out goes to our customer service team. Before the change, we were really familiar with handling any issues that arose — there weren’t many surprises. But after we expanded, that team did a really good job in getting codes into our system to address any new issues that could arise, so that we could actually report on the impact of the change to a third-party carrier.

An office culture when you want it

The Farmer’s Fridge team has taken a flexible approach to returning to the office, allowing managers and their individual team members to determine what works best for them. Not only have friendships picked up right where they left off in early 2020, but office perks such as weekly charcuterie have resumed, as well as opportunities to try out new recipes from the company’s chefs, who are responsible for whipping up new recipes for consumers. “I really missed going into the office last year,” Huliyar said. “I’m glad we’re all returning because it’s such a great atmosphere in the office. We have great events that our HR team plans, which allow us to get together more often. It makes a difference.”

What role did company culture play in going national?

Carr: Having realistic expectations was so helpful to the whole team. It took the pressure off of us as we were trying to reach our goals the best way we could. If we were striving for perfection, we would never have made the changes and iterations we did, and probably wouldn’t be the company we are today.

Huliyar: Farmer’s Fridge has always been a great place to work. It’s the people that really make the difference. I’ve gotten the chance to work with folks within tech, marketing, data and customer service, and have built great friendships and relationships with all of them.

Having those friendships gets me excited to come to work, and I never mind if I have to work a little longer on a weekday if I’m trying to finish up one little task so things run more smoothly. We know we need to explore new challenges that arise and if something doesn’t work out, we’ll learn from it and move on. We don’t take ourselves too seriously, either. We all like to have fun, even as we’re working on these complex projects.

Get Alerted for Jobs from Farmer's Fridge