Why Employees Stay at CPI for the Long Haul

Built In Chicago sat down with three employees at Computer Projects of Illinois to learn more about its explosive growth and how the company has maintained its vibrant culture while scaling.
Written by Brendan Meyer

There’s a clock sitting on Maria Martinez’s desk, and it’s not just there to tell the time.

The glass clock, which has a silver base and black Roman numerals, was a gift from the CEO of Computer Projects of Illinois (CPI), the company that’s employed her for more than 11 years. Etched into the glass is her name. Below that is her start date, followed by the same date a decade later.

“The clock is representative of the passage of time,” Martinez said.

Clocks are provided to every employee who has spent at least 10 years at the software company. Unlike many tech companies, where job-hopping is common practice, there are a decent amount of these clocks around the office, as 32 CPI employees have at least 10 years of tenure. But that’s not the only thing on every desk.

Let’s go back to Martinez’s. Hers is decorated with awards and certificates she’s won over the years, many nominated by her own co-workers — and they all matter. It’s representative of the culture at CPI, one that’s always trying to acknowledge and reward employees for their hard work.

“More than the prize and more than the plaque, it’s just that sense of recognition,” CEO Kevin Sawatzky said. “Our certificates, they’re just cardboard. It’s an envelope with a little sheet. But I see so many people displaying them. It’s meaningful. People care, and so do we.”

For 25 years, CPI employed less than 40 people. In the last five years, they’ve reached a headcount of nearly 90. But that doesn’t mean they’ve neglected the development of their veteran employees.

Built In Chicago sat down with three employees at CPI to learn more about its explosive growth, how the company has maintained its vibrant culture while scaling, and the impact this company growth has had on individuals’ career opportunities.

How has this growth at CPI over the last few years been notable? 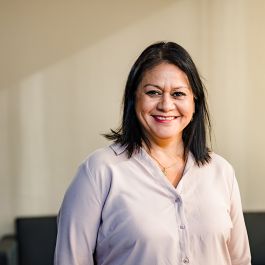 Maria Martinez, director of user applications: I started in 2010, and there was only one developer on the user apps team. We’re now a team of seven. What’s interesting is that the company feel hasn’t gone away at all. I think we were only 30-something employees at the time when I started, and now there’s more than triple that number. It still feels exactly the same, though: the culture, the family mindset and the direct access to upper management. 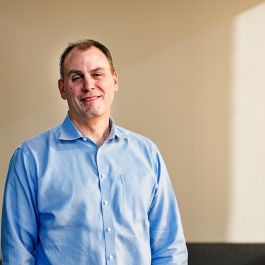 Kevin Sawatzky, CEO: When I started, I think there were five people. I was working with my dad. I came on with my older brother, so that was six and seven. That right there was explosive growth, because that was a 40 percent increase in one day from when the company started. The company has changed over time, but we keep hiring people that fit. People come here and adapt to our culture.

Why do you think there’s so many people who’ve stayed long-term at the company? 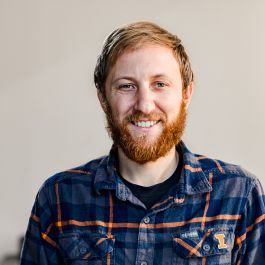 Tyler Cap, senior software engineer: I’ve been with the company for almost 10 years, and a key reason for that is loyalty that goes both ways. For example, when the pandemic hit, everybody worked remotely. Once we started phasing back into the office, it was a progression, and some people didn’t feel comfortable coming into the office for medical or personal reasons. CPI was very eager to work with them and make everybody feel comfortable. It wasn’t a hard stance of, “You either come in two days a week or you’re fired.” It was, “How do we work this out for you? How do we accommodate you and how do we make everybody comfortable?”

Martinez: Prior to working here, I worked for a very large company. It felt like I was just a number. Here, I’m not just a number. I love that I’m involved with every aspect of software development, owning the product from beginning to end. There’s also a lot of openness here. I’m not afraid to speak my mind. I’ve found that everyone’s willing to listen.

Sawatzky: We do have people leave the company, and every time someone leaves, it hits me like a gut punch. For our industry, there’s a lot of necessary specialized knowledge. We have some roles that are hard to fill. We have tech niches. It’s harder to find people who are experts. So, when you invest in someone, you really want to keep them because it can take a while to train them to be an expert. If it’s going to take a while to train experts, we want to hold onto them. We listen and adapt to their needs.

I can’t imagine going to an office where I’m looking around and seeing constant change. I’m just not that guy. I like a little stability. We’re growing, but it still feels stable. It’s not a revolving door of people, and I think everyone appreciates that.

If it’s going to take a while to train experts, we want to hold onto them. We listen and adapt to their needs.’’

How does scaling translate into growth opportunities for team members?

Martinez: Scaling isn’t just about growing a team headcount-wise. It’s about team growth. I’m always trying to foster learning on my team so that everyone can learn about all of our applications and the different technologies used. This way, when new opportunities arise, everyone is qualified, not just a select few. We cross-train all the time. Engineers and developers growth increases tenfold.

Sawatzky: I started off as a software engineer. At the time, there were three engineering teams: database, transaction processing and communications. As we’ve continued to grow, we’ve doubled our engineering teams, adding data services, user apps and systems. Each of these teams has a director. As our teams grow, we’re looking for leadership roles on those teams. The pyramid is getting wider and we’re adding more layers, so to speak. These are levels that didn’t exist when we were smaller, and it creates a lot of opportunities.

Cap: Kevin mentioned the pyramid, but with CPI still being a relatively small company, it’s a flat pyramid. So you’re not moving up through a bunch of layers of management. From my experience, even just moving from a software engineer to a senior software engineer created a significant change in responsibility. I went from sitting at my desk and coding all day long to doing a swath of other things. Now, I also sit in on interviews, make high level design choices, and mentor software engineers. I love this new set of responsibilities. It’s been a fun transition.

How do you encourage innovation while scaling?

Martinez: It starts with creating a relaxed environment that allows individuals to speak their mind and share ideas. I know it sounds cliché, but the “no wrong answers” approach truly is a big piece of innovation. For example, I have noticed that with quiet employees, the more collaboration and interaction with other employees, the more likely they are to step out of their comfort zone and vocalize their ideas which often turn out to be of great value.

Cap: A lot of innovation comes from listening to the customers. Customer feedback is crucial to innovation, since they’re the ones using the product. It’s not just asking them what needs to be better. It’s paying attention to any issues that pop up, and connecting the dots on our end to find solutions.

Sawatzky: Being hands off. As a CEO, I’ve learned that as a company grows, you can’t do all the innovation. I’ve had to learn to take a more hands-off approach — laying out what needs to be done, and then empowering and challenging my team members to accomplish it. A great way for people to grow and innovate is simply to give them space and let them do it.

What's the most exciting project that the team will be taking on in the next few months?

Cap: We are going toward a web-based approach for our flagship product, Messenger. That's been a Java client all this time. Now, we’re transitioning that into an Angular project, which is a huge deal. In my almost 10 years here, I've been tasked with some new projects here and there, but for the most part, I’ve been building on top of things that have already been in place. This project is revolutionary in that way, because now, I’m building a new foundation. And that’s exciting.

Jobs at CPI, the OpenFox Company