When a Modern Engineering Framework Needed a Refresh, This Company Created Its Own

Engineers from Kin + Carta’s Chicago team used to share the joke often, and while funny now, it wasn’t just a few years ago.

At the time, team members said they could often feel like order takers and less like creators on client projects.

Once an Agile shop adopting practices like Scrum and Kanban, the Kin + Carta engineering department found themselves following their partners into what Agile Alliance, a nonprofit that espouses the benefits of Agile, considers the most specific Agile practice: extreme programming (XP). It’s a methodology that favors responding to change over following a plan and prioritizes individuals and informal interactions in place of processes and documentation.

“Our clients were trained in extreme programming, and when we came in as their consultants, we started doing extreme programming the way that our partners were doing it,” said Gretchen Goodrich, director of solution delivery at Kin + Carta.

This included strict schedules with assigned pair programming sessions that lasted the entire day. Burnout amongst engineers grew, and soon, Kin + Carta said they knew that they needed to get creative to improve their employee experience. 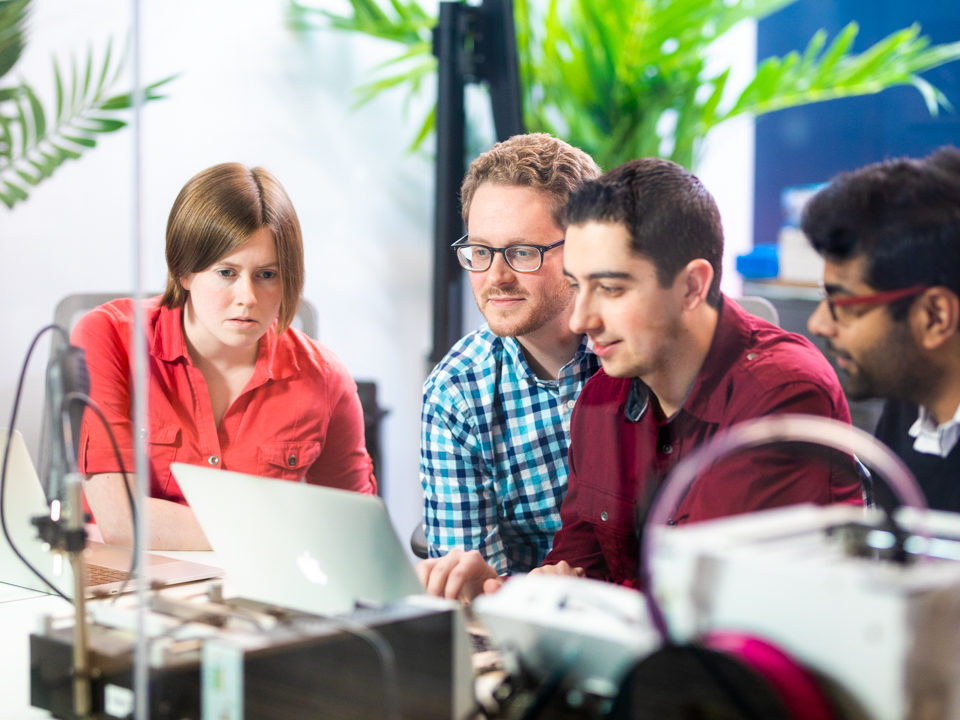 Then, Kin + Carta leaders answered the calls of their dissatisfied engineers with a new software development methodology that they say balances the speed of XP with the predictability of Scrum.

Called FleXP, the model combines the freedom for engineers to determine what processes work best for them with metrics in place to rate success.

After about a year in development, FleXP is now being implemented across Kin + Carta’s engineering organization as well as with clients. This proprietary set of principles remains a work in progress, but Goodrich said FleXP’s successes have proven that teams can flexibly operate while maintaining product quality.

Goodrich joined Kin + Carta six years ago as a principal, coaching enterprise clients on how to implement Agile development processes within their organizations. Last year, she moved into her role as director of solution delivery and played a key role in Kin + Carta’s engineering task force that was responsible for creating FleXP.

After his internship at Kin + Carta, Pinski moved into a full-time consulting role six years ago and now is a senior technical consultant. In addition to seeing the engineering team’s growth over the years, he said he’s seen the impact employee feedback has on driving organizational change.

Nedumgottil joined Kin + Carta as a principal and today leads as a senior technical principal specializing in enterprise architecture. He said he hopes FleXP helps clients return to the core principles of Agile practice as intended by those who created Agile in the first place. “They created it around a couple of very simple founding principles, and not a set of structures. We’re trying to get our clients back to that.” 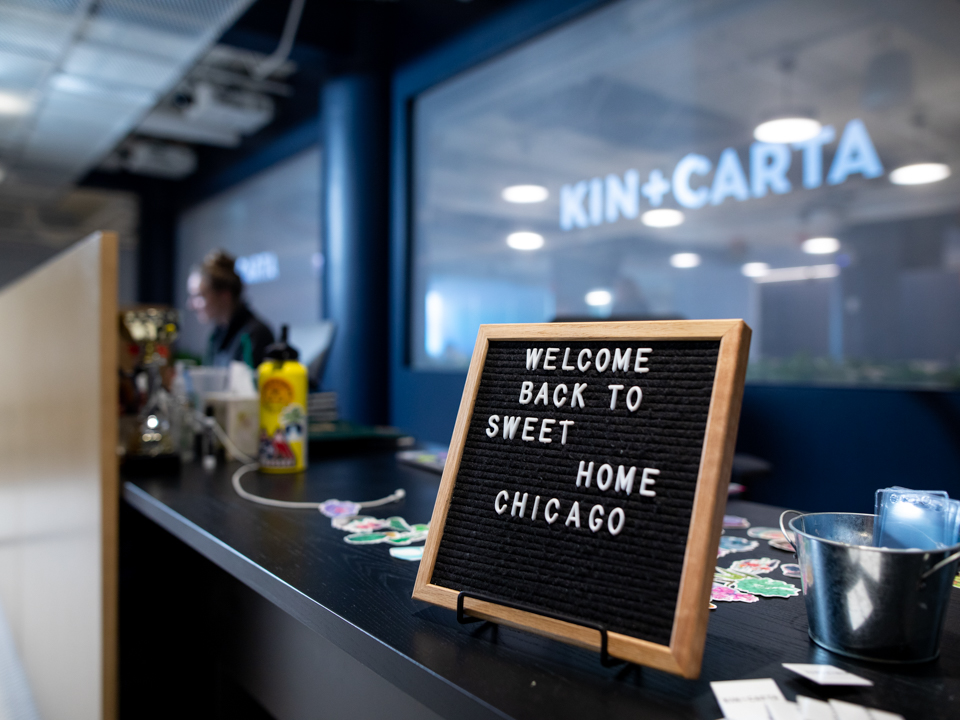 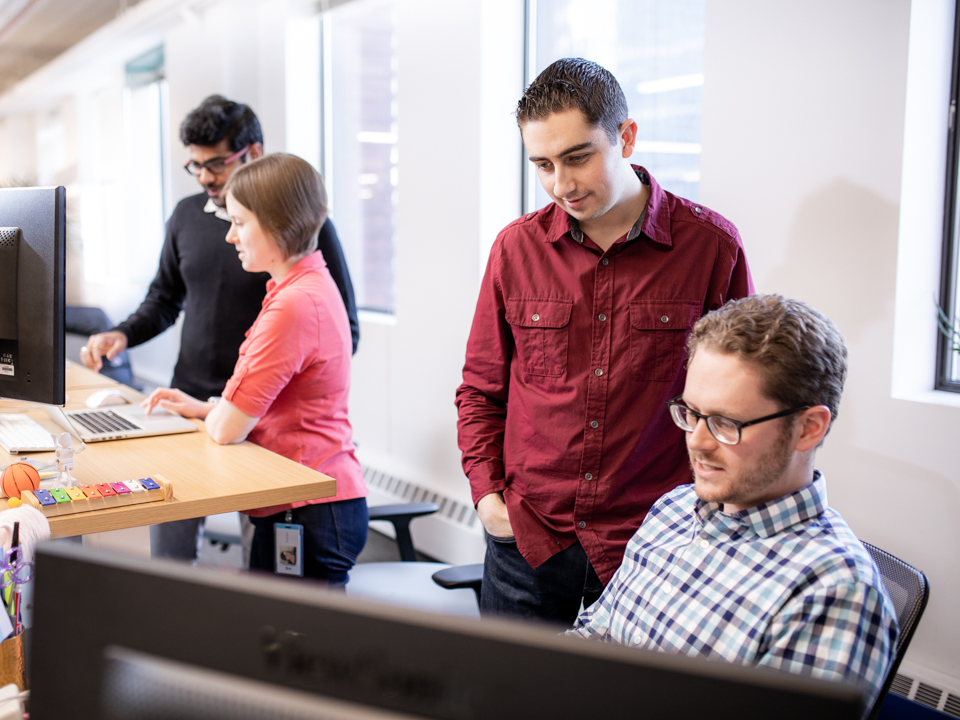 When the idea surfaced to rethink Kin + Carta’s own software development processes, Enterprise Architect Joe Nedumgottil said company leaders treated it like a consulting project for one of their clients.

“The research validated what we had been hearing all along,” Goodrich said. “Engineers were not satisfied with the way we were currently working.”

The three fundamentals of XP include continuous integration, test-first and behavior-driven development. While Scrum works in sprints, XP operates by order of priority.

Pain points for engineers included having to be onsite with clients 100 percent of the time and pair program the entire day.

“Teams can work in XP really well for a short amount of time,” said Chris Pinski, a senior technical consultant. “But once you get past a certain point, engineers start to burnout and XP is probably not going to work as well as what you had been seeing initially.”

Additionally, Goodrich said XP’s absence of planning and ceremonies is not always sufficient for building software in legacy environments (present at many of Kin + Carta’s enterprise clients), where neighboring teams within an organization depend on updates for their own planning cycles.

“If you’re running pure XP, you’ll just get to the next thing done whenever it’s done, and it’s very hard to be able to plan next steps with the other groups,” Goodrich said.

With that in mind, FleXP began taking shape, pulling the production benefits from XP with the planning assets of Scrum, and providing the flexibility for engineers to decide what principles complement their work styles.

“Smart people can figure out how they work best,” Goodrich said. “That’s what FleXP really abides by — trusting the people you hired to work best.”

That, plus specific metrics in place to measure outcomes.

Part of FleXP’s framework includes “innovation time.” This encourages engineers to block out time each week to work on a side project or learn new technologies.

“Many of the IT teams at larger enterprises work on a budget and have very loose or non-existent business-driven success metrics,” Nedumgottil said.

As a result, FleXP creators crafted a set of metrics that review how fast teams are actually operating in place of velocity, which is a rating for work done, as well as quality measures on product output.

“We look at product upkeep, bug frequencies, and how often something goes down,” Nedumgottil said. “They’re better-crafted metrics than some of the vanity ones these enterprises were leaning on before.”

Metrics have also been put into place to measure engineer engagement to ensure Kin + Carta has a pulse on how happy its teams are. 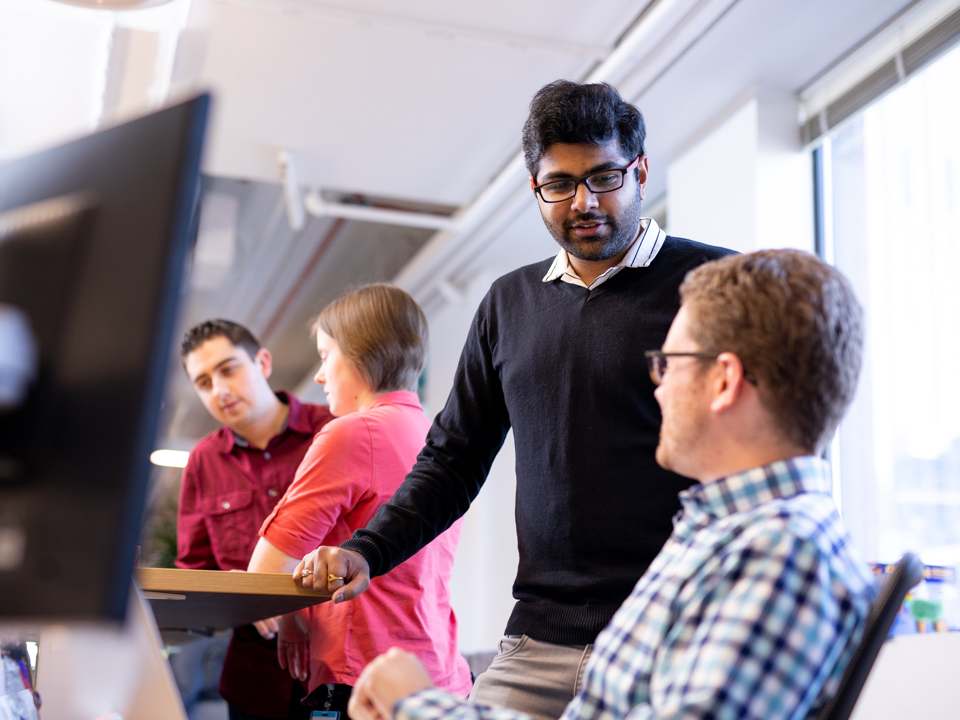 FleXP may still be in its infancy, but Goodrich said the impact has already been felt.

Recently, one of Kin + Carta’s clients, a large healthcare organization, used FleXP to deliver a multimillion-dollar initiative involving an app built from scratch.

“Their team maintained really high happiness scores in an overall client environment that had been challenging for other teams,” Goodrich said.

That same team, the only one in the organization running FleXP, had also deployed more features than any other teams — and with fewer bugs.

“They outperformed all the other teams, even though they introduced a new methodology and a new consulting company in partnership with us,” Nedumgotti said.

We’ve shown that you can have more flexibility on a team and maintain just as high quality.”

Internally, Goodrich said they’ve seen an increase in happiness amongst their engineers, scored by weekly engagement surveys, and that product quality remained consistent with when they pair programmed 100 percent of the time.

“We’ve shown that you can have more flexibility on a team and maintain just as high quality as you could when folks were being asked to do this very inflexible pair programming style,” Goodrich said.

With some immediate wins, FleXP remains a collaborative effort between Kin + Carta and its clients. The team continues to gather feedback internally and from their clients’ teams to adjust and coach accordingly.

“Bringing those two worlds together to create a full end-to-end delivery model remains a work in progress at Kin + Carta,” Goodrich said. “We’re marrying the engineer processes to enhance quality, reduce technical debt and build things faster with the way of defining work in the first place.”

Responses have been edited for clarity and length. Photography by Chris Murphy.