Summer is shaping up pretty nicely for project44. The fast-growing logistics technology company is currently putting the finishing touches on a new 42,000-square-foot office, which is located on the 17th floor of the Merchandise Mart.

“This is a fantastic office that is going to create a lot of opportunity,” said CEO Jett McCandless. “It’s awesome to see the team so excited about it.”

The move to a bigger space was necessitated by the company’s recent explosive growth spurt. Back in April, project44 closed a $35 million funding round and announced plans to make 200 hires over an 18-month span. According to McCandless, the new office can hold up to 250 employees.

The company is subleasing from Motorola Mobility and has the option to add an additional 25,000 square feet. In addition to the ability to add more room, McCandless said the office was attractive because it met the needs of employees without requiring an extensive redesign.

“This was Google’s space prior to us, so it was already built out and very tech-like,” McCandless said. “There wasn’t much of the floor plan we had to change.”

Our architects said we had the highest percentage of collaboration space per square footage that they had ever seen.”

Employees wanted outdoor access, which they got in the form of one of the city’s largest private rooftop decks. They also requested abundant natural light, bigger break rooms and more collaboration space — the latter of which came in spades.

“Our architects said we had the highest percentage of collaboration space per square footage that they had ever seen,” said McCandless. “There’s a lot of room and opportunity for people to get together and work together.”

For McCandless, it was important to be able to gather the entire team in one space for town hall meetings. The company’s new office comes with access to an auditorium on the 19th floor of the Merchandise Mart that can hold up to 230 people.

The logistics startup did bring over the plants and companion fish from its last office, and its Ms. Pac-Man arcade game cabinet will also make the move.

Continue below to see more images of project44’s new office. 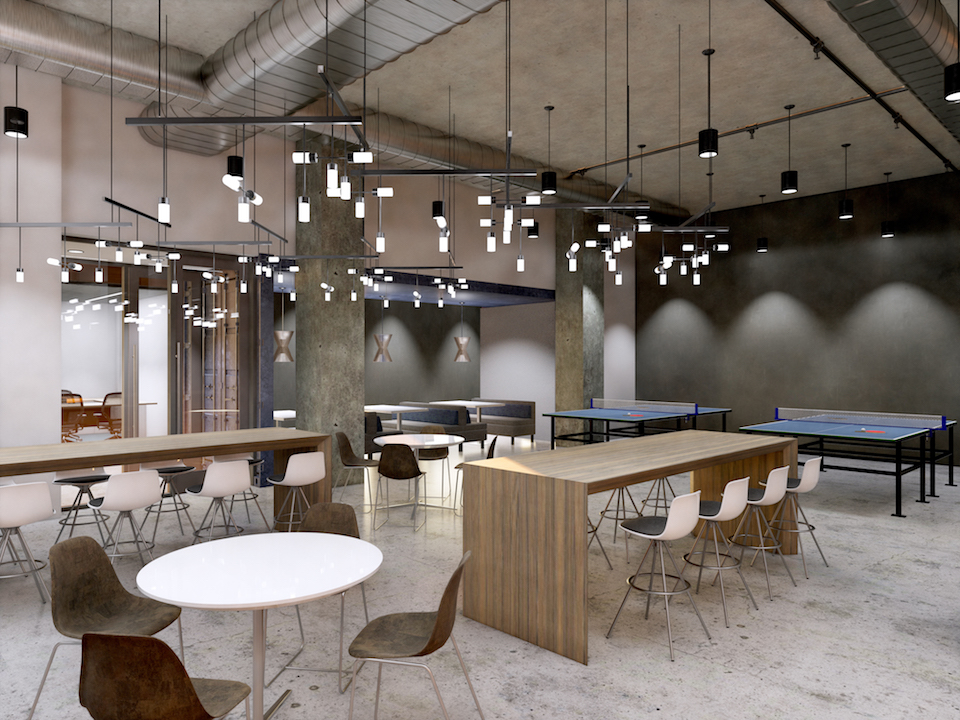 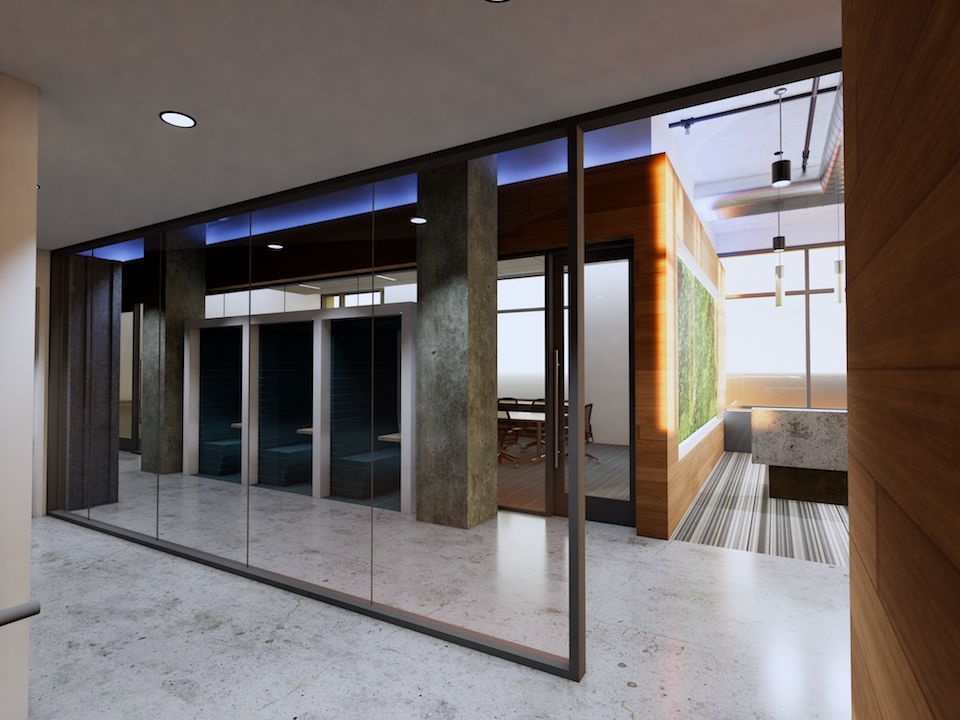 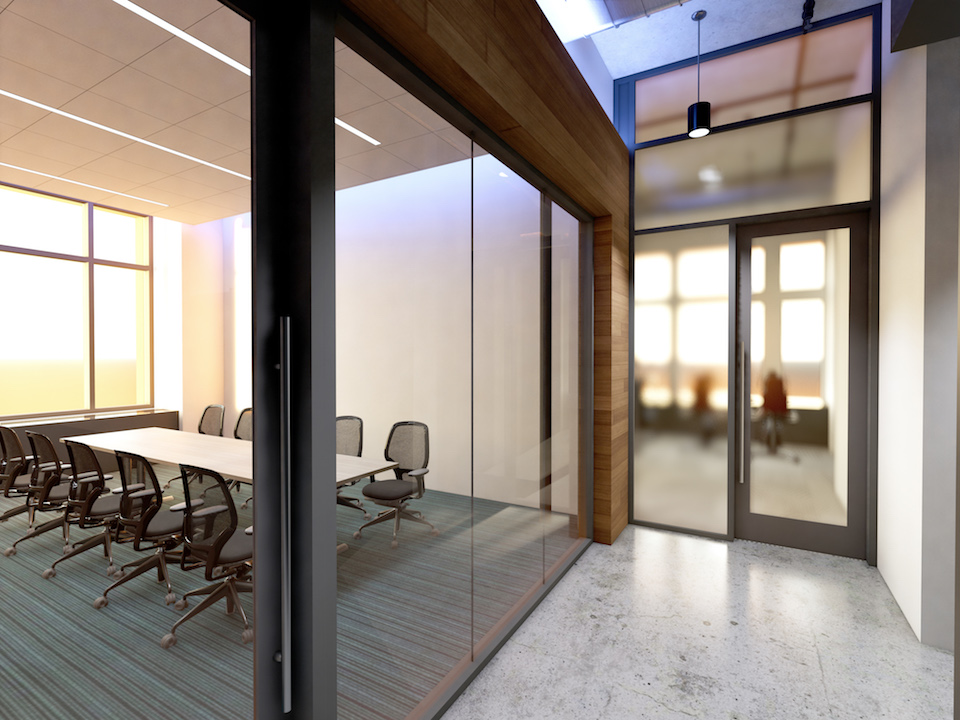 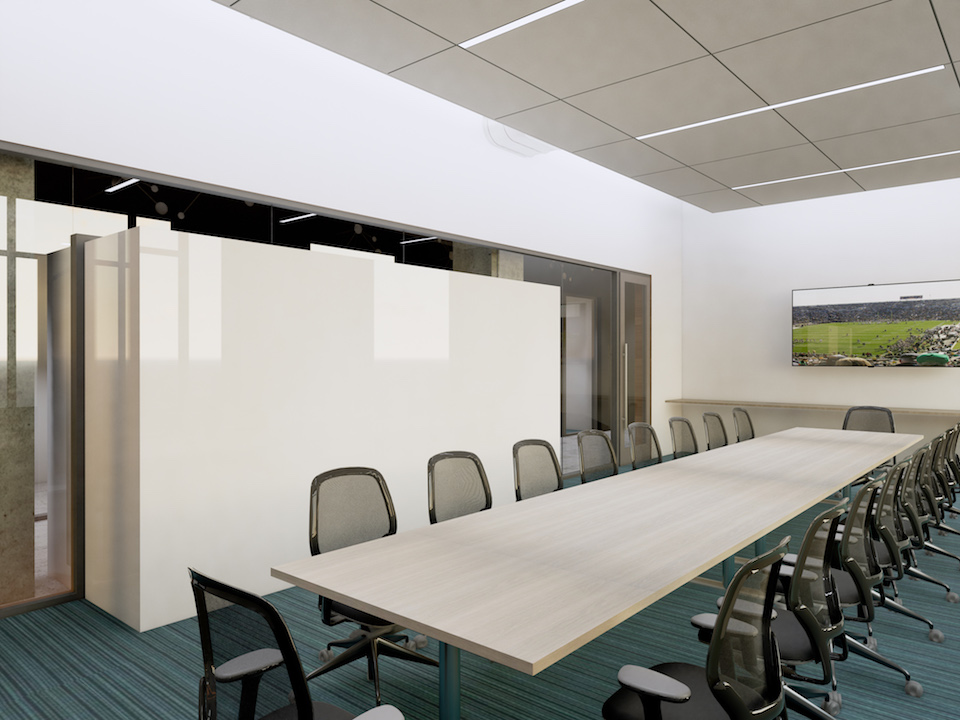