Going Against the Grain Is Good for Progress. Why DRW Encourages Challenging the Status Quo.

For Chicago trading firm DRW, it’s often said that markets are Darwinian in nature — if they want to survive in the industry, the team has to adapt to new trends, technologies and perspectives.

Otherwise, the company runs the risk of becoming, to continue the metaphor, extinct.

For DRW team member Chris, who serves as the global head of the company’s crypto-asset wing, this survival of the fittest outlook has allowed the firm to continue to innovate for nearly three decades after it was founded.

“Don’t assume the status quo is the right way,” Chris said. “If you do, you are never going to evolve to be more effective or efficient. By allowing that natural evolution to take place, we’ve kept our edge.”

Challenging the status quo and pushing the boundaries of what is possible can be accomplished simply by not accepting anyone is right “just because they say they are,” Chris said. Instead, the team is encouraged to bring new ideas and perspectives to light and question why things are done a certain way.

This emphasis on continued evolution is preserved by a tightly-held core value of “challenge consensus.” What that ensures, Chris explained, is that even an entry-level engineer’s perspective is just as valued as a senior leader’s — even if that perspective goes against the grain of a trusted process.

Don’t assume the status quo is the right way.”

For team member Stuart, chief technology officer for trading and research, that willingness to hear everyone out is vital for the company’s ability to evolve.

“A lot of our new ideas actually come from various levels of the organization,” Stuart said. “The ability to have the kind of openness for ideas to bubble up from below is critical to our success.”

Built In Chicago sat down with Stuart, Chris and Chief Information Officer Seth to learn more about what challenging consensus means, how it impacts employees and what other organizations can do to better capitalize on the insights of their teams.

Tell us a little more about what “challenging consensus” means to you.

Global Head of Cumberland Chris: Sometimes, people feel like they’re right because they have been doing their job the longest or because they were right before. That quashes conversations quickly because they’re unwilling to acknowledge that they may be wrong. But when you start with the premise that nobody is right just because they say they are, it opens an incredible swath of approaches to conversations, research and ideas that you would otherwise be unable to try.

Chief Information Officer Seth: There are certain things that companies need to do in a standardized way. But if you don’t continually look at your workflows and challenge the way that you’re doing them over time, things get stale. If you’re locked into a tunnel, you can miss a bunch of new things — and that can slow you down. 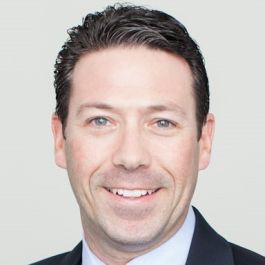 Chief Technology Officer for Trading and Research Stuart: I agree with that, and it has to go all the way up to the top. It’s about challenging the status quo and not continuing to do things because that’s the way they’ve always been done.

Challenging consensus also allows us to avoid groupthink. Often, in group settings, people are uncomfortable speaking up so they just go along with the consensus rather than actually voicing their opinions. By encouraging people to challenge consensus, we avoid that behavior.

Chris: At a certain point, decisions need to be made. But at DRW, once a decision is made it doesn’t mean that it can’t be questioned anymore. What’s important is having confidence in the decisions you’ve made — and part of that confidence comes from the fact that you can revisit that decision at a later date if you need to.

It sounds like that could be intimidating. As leaders, how do you ensure your team knows it’s OK to challenge consensus? 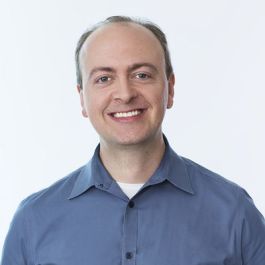 Seth: All three of us participated in a steering committee to develop our own leadership development program over the last year. One of the topics that now gets discussed is about challenging consensus.

You need to have a certain degree of psychological safety to be able to make mistakes. As a company, we have done a really good job of embracing our mistakes and learning from them. If you are sitting there and getting shamed for making a mistake, it’s a disincentive to admit that you made a mistake or offered an idea. There has to be ownership, which is really important to us — it fits in with our core value of integrity. But we work hard to make sure that we hold blameless post-mortems.

At the end of the day, how can you categorize an increase in knowledge and a reduction of ignorance as ‘stupid’?”

Stuart: I’m very explicit with new employees. I tell them all to challenge everything right from the start. They need to know that nothing is sacred. If something doesn't feel right, you have to challenge it.

Chris: The easiest way is to show everyone that you want them to voice their opinions is to demonstrate that there are no stupid questions. At the end of the day, how can you categorize an increase in knowledge and a reduction of ignorance as “stupid”?

I also put my own ideas out for everyone and speak about them openly, rather than behind closed doors. Let people see your decisions and chime in. They’ll get more comfortable with being in an environment where, if their managers are willing to have their ideas criticized, then they shouldn’t be worried about sharing ideas, too.

How does this value impact the tech you’re building?

Chris: We’ve tried to evolve toward what we think is a very natural, optimal balance between off-the-shelf solutions, internally built centralized solutions and individualized bespoke solutions. It would be easy to just pick one of those buckets for the whole company and be done with it. But instead, we wanted to build an organization that properly incentivizes and enables the teams to pick their own optimal combination of those three things.

Stuart: With technology ever-evolving and new technologies coming on the scene constantly, people who are more established in their positions or are in management aren’t always abreast of all of the new techniques and tech. A lot of our new ideas actually come from various levels of the organization. The ability to have that kind of openness for ideas to bubble up from below is critical to our success.

A lot of our new ideas actually come from various levels of the organization.”

Seth: One example of challenging consensus is how we embraced software engineering principles inside traditional IT. There was a need for more automation in how we do our work. That led to a major transformation effort where the team learned a lot of coding principles and looked at lean production techniques to shorten our delivery cycles. We all ended up learning a lot of new things — including myself!

How does challenging consensus help in terms of professional development? 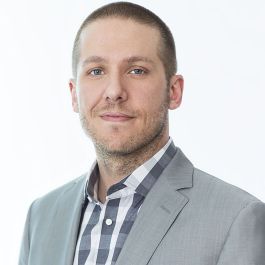 Chris: I got the opportunity very early in my career — I was a right-out-of-college hire — to be the founding engineer for DRW’s first real algorithmic trading desk. For the firm, this was a new set of tools, a new strategy and a fundamentally different approach than what we had previously done. When the time came to pitch the partners on our plan, I thought I was going to be laughed out of the room.

Instead, I got nothing but incredibly insightful feedback and the training and resources I needed to really execute the plan. That was really formative to me, not only as someone within DRW but as someone trying to define how I wanted to structure my career. I learned that if I were able to put myself out there and open myself up to criticism, it was going to be received very positively by the organization.

Seth: I’ve incorporated it into how I operate, as well. Three years ago, I wanted the firm to move to a new kind of management and goal-setting platform. I worked with one of the trading groups, who helped me pitch it to the executive partners. Since then, the company has been sending out quarterly updates and we’ve gotten a better idea of what we’re doing as a firm. Even after having been here for so long, for me, that was challenging consensus — I was stepping out on a limb. 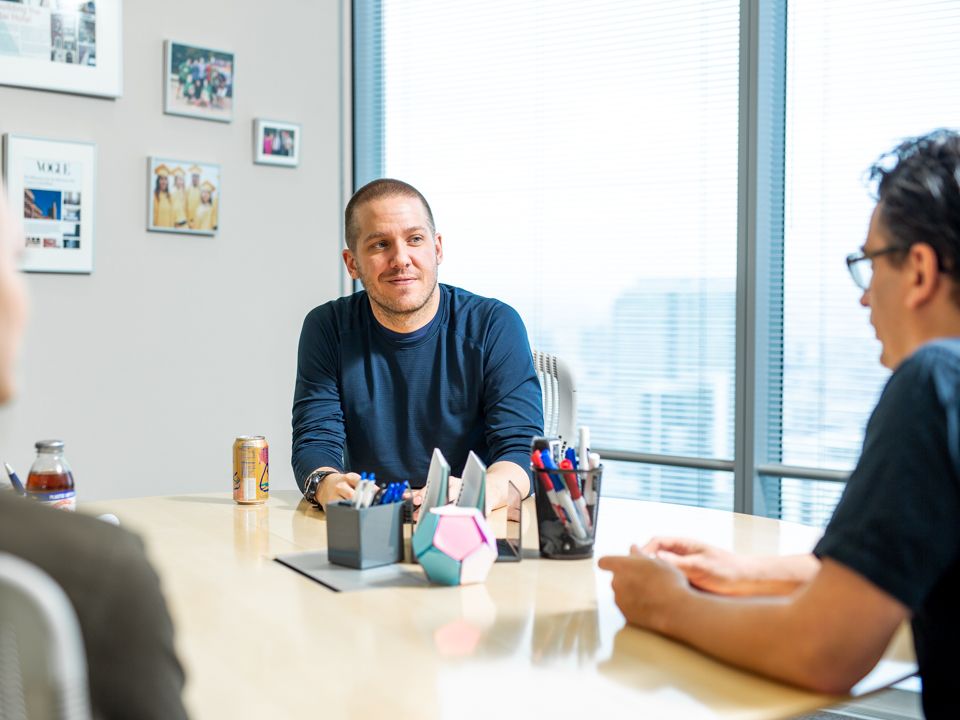 What advice would you give to leaders trying to instill a similar value into their workplaces?

Stuart: DRW is not a company with a strong hierarchy. That really fosters the ability for people in all ranks to share their opinion, speak their minds and bring up good ideas. We’re not a firm with middle managers who think every fresh idea needs to come from them. Culturally, not having that bureaucracy really helps to enable us to challenge consensus.

For companies looking to encourage employees to challenge consensus, I’d say eliminate all of the red tape and strict hierarchies in order to operate flatly and allow ideas to come from all levels of the organization.

Seth: The more you can make that team cross-functional across different teams, the better you’re going to be. Then, you don’t get that kind of team-versus-team dynamic.

One of the things that leaders can do immediately would be to do some surveying on how they are doing things. Interview a bunch of people at multiple levels of the organization, so you can get feedback — and then challenge your own processes.

Responses edited for length and clarity. Photography provided by DRW. Interviewees' last names removed at the request of DRW.