‘My Five Year Plan: Be Here in Five Years.’ Why Inspirant’s Employees Love Their Jobs.

Inspirant began as a project to deliver consulting work with an empathetic, people-first culture. Now, five years later, it’s clear: The experiment is working. Here’s how they do it.

“My coworkers could see on my face something was wrong,” Shahin recounted. In the moment, she disconnected immediately with only a few words of explanation: Her husband had been in a car accident.

Shahin rushed to respond to the emergency and put work out of her mind — yet the Inspirant team didn’t put her out of theirs.

“Within the span of 24 hours, my entire Inspirant family either texted or called me to make sure that my husband and I were okay,” said Shahin. “Even Meg, our CEO, texted me and made sure I knew I had her support. It was a small gesture, but coming from people at work it really meant a lot. Especially coming from leadership, it shows that to them you’re a person first and an employee second.”

Shahin hadn’t even reached her six-month anniversary at the company, but the team was already jumping at the chance to help her during a terrifying personal time.

“Eric, my director, made sure that I knew I could take time off,” Shahin said. “Even if it’s unexpected, he offered whatever I needed. I was able to go through the recovery process with my husband. That warm fuzzy feeling I get with Inspirant Group was just amplified, knowing I was supported and understood.”

Inspirant’s support isn’t only for emergencies. When Senior Strategy Specialist Chris Goodman was offered a last-minute trip of a lifetime, the company’s leadership knew he had to go.

“The SCUBA shop that I dive with had a trip planned to Egypt for two and a half weeks — when it got rescheduled to October 2021 due to Covid-19, some people had to drop out and they told me they had a spot for me. This happened with about five weeks’ notice, and meant I’d be gone for three weeks.”

At many jobs, that timeline would be the death knell of a dream opportunity. But Goodman works at Inspirant.

“I called Amir, one of the co-founders, and told him about this unexpected opportunity. His response was: ‘The only problem I have is that I’m jealous.’ He didn’t even hesitate to approve the trip — he just joked about hiding in my suitcase to go visit Egypt.”

Shahin and Goodman’s experiences are two of many that reflect Inspirant’s core values: That they prioritize their people in all things. Whether it’s supporting a team member in a difficult situation, making way for a once-in-a-lifetime experience or just checking in during the day-to-day, the happiness and lives of those Inspirant touches take top billing over any corporate requirement.

“We don’t have the right to take over people’s lives,” said Meg Newhouse, co-founder and CEO of the company. “On the macro scale, obviously, but also on the micro scale. I don’t think people have the right to deny something like Chris’s trip — they’re taking something important away from his life, then, because he has a chance for this incredible experience. There’s always a way to make it work — and if there isn’t, then perhaps the company doesn’t have the right organizational systems in place.”

Inspirant does not ask its consultants to compromise their life needs and desires to support a corporate entity. That culture is paying off — the business is in its fifth year and steadily growing.

“My five year plan is to be here at Inspirant Group in five years,” said Goodman.

We don’t have the right to take away from people’s lives. There’s always a way to make it work.” 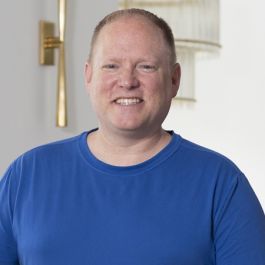 Inspirant’s human-centric, supportive culture is an anomaly in the consulting industry. In many consulting positions, employees are expected to work long hours and drop everything for their job.

“Big consulting companies are producing things in volume, so they develop a process where they have to pull in a lot of junior people to pour over work,” said Chris Goodman. “The problem with that is that it creates an environment where you have to hustle and you have to be seen. And the way you do that isn’t to work harder or smarter — it’s to work more.”

The culture at large firms sets the tone for the rest of the industry. Before Inspirant Group, Goodman was a client of consultants — and got to see up close the toll that lifestyle was taking on his points of contact.

“It shows in your work, it shows to your clients. You could always tell — you’d have some younger kids fresh out of college just so worn out, and the only way they’re surviving is that they’re in their early 20s and can manage to do that for a few weeks at a time,” Goodman said.

That might be how consulting has been — but it’s not how it has to be. Part of Inspirant’s mission is to do the work of consulting without the damaging culture — something they call “unconsulting.” Every Monday, the company’s leaders meet to review the hours worked by their team members and check personally on every one that has worked over 40 hours — even if it was only 41 — to guarantee that they’re keeping their work-life balance healthy.

“It’s in our philosophy. You could be working sixty hours a week, but how are you? How’s your family?” said Goodman. “It’s not about how much time you put in — it’s about whether you’re doing what the client needs. I don’t have the feeling of needing to put in five more hours on a Friday evening because I ‘didn’t put in enough.’”

This approach sometimes means the company intentionally doesn’t take on some clients, or that their growth is going to be slower. But this is intentional. Inspirant isn’t only about growth — it’s about people. When a person is happy with their life, it’s reflected in their work and their client relationships. For Inspirant Groups leaders, it’s better to have fewer clients that match up with Inspirant’s philosophy than to hoard as many as possible.

“From the very beginning, Amir said, ‘We’re not going to take on clients just to grow,’ and we’ve really stuck to that,” said Goodman. “We don’t just review you to see if you’re still producing good work, we also review our clients to see if they’re a good fit for our environment and our people.” 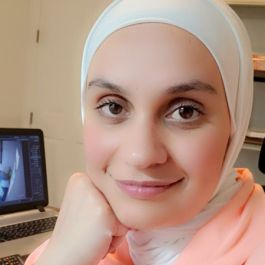 “I consider Inspirant Group to be one of, if not the most inclusive places I’ve ever worked,” said Shaima Shahin. “And as an Arab-American Muslim who wears a hijab, that means a lot. I’ve worked at major firms and never felt the way I do there.”

That feeling of inclusivity comes without Shahin being able to recall a single internal or marketing email about DEI. Where many companies have to make a focused effort to spread inclusivity, Shahin asserts that it’s built into Inspirant’s DNA.

“I see inclusion in action in the way people speak to me and the ways they don’t,” said Shahin. “And I think the major reason is that the co-founders make sure that the people we bring on invite those efforts on inclusion and are examples of that. They understand that if you bring in the right people, you get to watch the show go on its own without having to create buzzwords.”

“That’s the number one reason I fell in love with Inspirant Group,” Shahin added. “I saw it in the interview process, and I see it every single day.”

I still get that warm fuzzy feeling when I talk to people on the team.”

That sense of inclusion exists because Inspirant’s team cares about each individual as a whole person — including the things they do outside of work. Examples include helping to sponsor a charity run for a team member whose child has Neurofibromatosis (NF) , and several team members, including the CEO, attending the performance of another’s Irish rock band. No one mandated these gestures — they were simply a demonstration of care.

“I still get that warm fuzzy feeling when I talk to people on the team,” said Shahin. “The people accept you for who you are, and you can just focus on work in a happy place.” 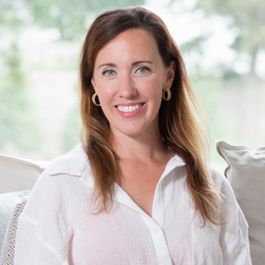 Inspirant’s unconsulting experiment is working — but there’s a whole world out there of people that haven’t put people-first practices into place.

“We’re really trying to improve people’s lives,” said Newhouse. “And that includes our team, our clients and the communities in which we live and work.”

It’s clear that Inspirant takes care of its team on personal and professional levels, promoting inclusivity and work-life balance within its culture. But Newhouse aims to cast her net wider and to spread that culture further.

“Our clients are very important to us, and we want to help them not just through the services we provide but through the examples we set — in the way we treat our team and the boundaries we encourage our team to maintain,” Newhouse said. “My secret goal is that the people we’re working with see the benefit of a culture like ours, and ideally adopt some of those practices.”

Inspirant’s growth over the past five years is proof that consultants don’t need to work sixty hours a week to be successful. For Newhouse, providing an opportunity for people to do consulting work without the exhausting, impersonal culture is a dream come true.

“To make a positive impact on people’s lives in this way was all I ever hoped to do in my life,” she said. “It makes me feel fulfilled. Hearing the positivity from my team is all I need to know that we’re doing the right thing.”