Why Chicago? 4 tech transplants share why they relocated to the Windy City

Chicago is known for its deep talent pool, filled in large part with graduates from top-notch local and regional universities. The city is also quickly becoming a hot destination for transplants from across the country seeking new opportunities and challenges in the ever-growing tech scene.

We spoke with four local tech workers to learn more about what’s driving top talent to pack their bags and head for the Windy City. 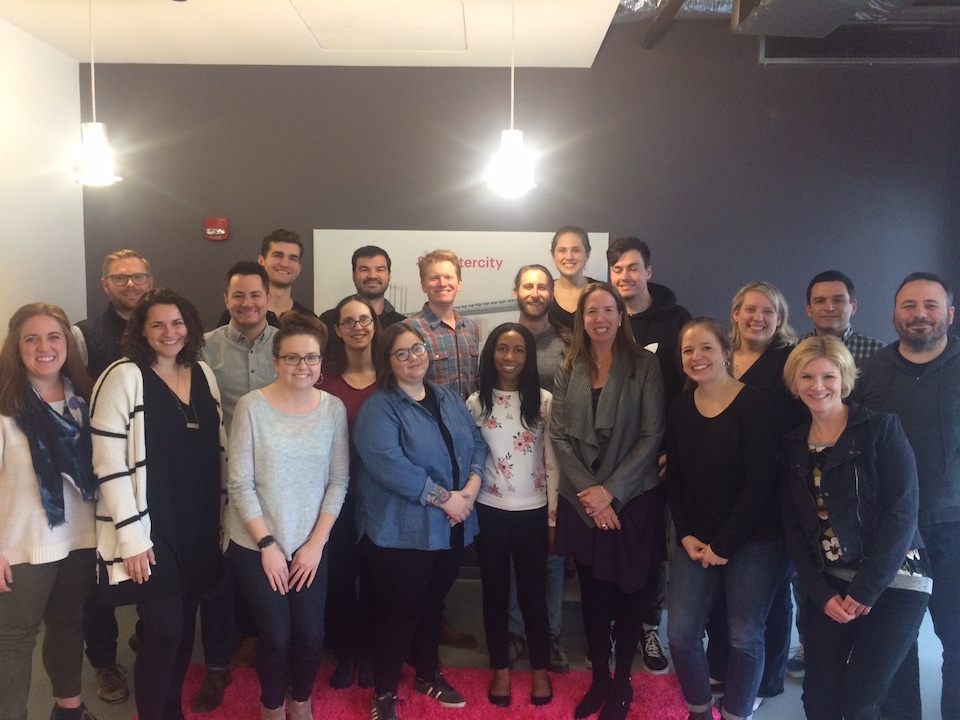 Sittercity
View Profile
We are hiring

Prior to Chicago, I worked in New York and Louisville. The tech scenes of these two cities are on completely opposite sides of the spectrum. New York City's tech scene, like many of its other industries, is ambitious and also a little ruthless. With that, though, comes well-known brands and high-quality talent. On the other hand, Louisville's tech scene is more collaborative and inclusive, but not as prominent with well-known companies and talent.

While companies and talent are still competitive in Chicago, the industry on the whole feels collaborative and inclusive.”

Chicago's tech scene offers the best of both New York and Louisville. While companies and talent are still competitive in Chicago, the industry on the whole feels collaborative and inclusive. Just as Chicago comes with both a big-city atmosphere and Midwestern charm, so does its tech scene. Chicago is also increasingly being recognized as a tech hub and has become home to more and more startups.

Chicago is an enticing destination for talent not only because of its front-running tech scene but because of the atmosphere and people who work in the industry here. It's great to work among people who are not only friendly but also challenge you. Chicago offers a diverse group of talented, open-minded people who, in my opinion, cannot be compared to any other city in the world.

On FlyHomes, users can search for homes, schedule tours and submit offers all from a single portal. When it comes time to make an offer, the company’s in-house team of negotiators uses proprietary analytics to get the best price possible. To Head of Sales and Business Development Jason Davis, one of the most attractive aspects of Chicago’s tech scene is the collaborative nature of both the city’s residents and its companies.

I haven't always worked within the technology industry but have always been connected to the tech scene in one way or another. I do think the tech scene felt a bit less accessible during my time in New York; the opportunities were there, but there is definitely more of a corporate vibe to many of the more promising opportunities. In New York there were always super smart people around every corner, which means every day provided a chance to learn and discover new technologies.

I can't imagine finding a more collaborative and engaging environment to launch a new tech venture.”

What makes Chicago's tech scene stand out in comparison?

There is a ton of collaboration between different businesses and across industries, and there is also a much better balance of potential risk versus rewards compared to tech hubs in areas with much higher costs of living. Just look at 1871 and all of the other collaborative incubators, accelerators and startup hubs in Chicago. If you walk into any of them, you can see and hear everyone working together to grow their own companies but also helping each other along the way. Being in the same city with Northwestern and University of Chicago is just icing on the cake.

There is a ton of opportunity in Chicago, and I feel like the sense of community ingrained in the Midwest culture really helps drive innovation. I can't imagine finding a more collaborative and engaging environment to launch a new tech venture. There are also a ton of large corporations moving downtown, which shows how Chicago is already becoming a big draw for business, tech and entrepreneurial talent. And rightfully so, as Chicago is a very livable city where it’s a bit easier to find balance in all of the important areas of life, including technology, of course.

Get Alerted for Jobs from FlyHomes 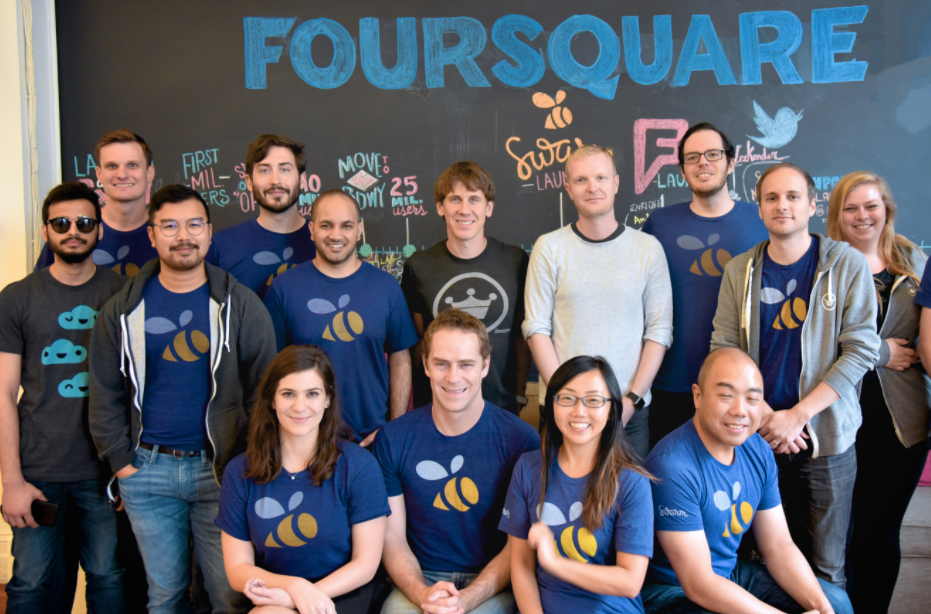 You probably know Foursquare as a platform designed for discovering new local dining and entertainment options. What you might not have known is that the company’s tech is used by businesses to engage consumers and better understand their offline behavior. Engineering Director Kyle Fowler worked for Foursquare in San Francisco, and needless to say he has noticed more than a few differences between the two tech hubs since moving here.

I spent the first part of my career in Silicon Valley. There, venture capital funding feels like it’s easier to come by than in other regions, and the appetite for risk is high. This leads to crazy ideas and people trying things just because they can. It’s a singular place in every sense. On the employment side, it's where engineers love to be thanks to the wide variety of opportunities. With so many options, people switch jobs frequently as they’re lured away by new challenges and the constant bombardment of recruiter emails. It was an amazing experience, but I am happy to have found a new home in Chicago.

Chicago is an enticing destination for talent because of the opportunity to have an impact in the community.”

What is most unique and attractive to me is that tech is not the dominant industry in the city. I enjoy the greater variety in the workforce, where everyone that I interact with is not necessarily involved in the tech industry in some fashion. The wide variety of perspectives gives the tech companies here a different vibe. I've gotten the sense that the startup scene is more focused on pragmatic businesses, where building a revenue-generating business is an important goal. Perhaps that’s the finance industry's influence.

Chicago is an enticing destination for talent because of the opportunity to have an impact in the community. The tech scene in Chicago is still mostly in its infancy. The culture of the tech scene, and how it fits into the fabric of Chicago, has yet to be fully defined. So as a member of the talent pool you have the chance to get involved and help shape that direction. Being able to have that impact, while living in a relatively affordable world-class city, is not an opportunity that comes around often.

For Foursquare, Chicago is an ideal place to jump in. We’re offering new opportunities for job seekers who are looking for roles at a high-caliber product-focused company. As time goes on, we hope other companies from around the country do the same, and create new reasons for ambitious Chicago and Midwestern tech talent to stick around.

Get Alerted for Jobs from Foursquare

Sertifi
View Profile
We are hiring

Austin has a lively startup scene with lots of workspace environments catered toward developers and entrepreneurs. The city embraces startups with a “keep Austin weird” mentality and consistently hosts networking and learning events. Capital Factory is a highly recognized downtown incubator that helps seed stage startups take the next step. Austin features lots of outdoor activities, great weather, a phenomenal strip of nightlife, live music and a large university with a renowned computer science program. The community is receptive to change and easy to approach with new ideas. Competitions, meetups and local events made it easier to find investor networks and pitch ideas. Although Austin is a big city, it felt more like a tight-knit community.

I also lived and worked in Houston. During this time my company was in the seed stage, and there were not nearly the same amount of opportunities to network with investors and pitch ideas as there were in Austin. A pro to being in Houston was that there were lots of transplants moving to the city. The growing community was adaptable to change and encouraging of new business. START Houston — which is now Station Houston — is a downtown incubator with a well-known demo day.

Chicago has a plethora of well-funded tech companies and offers endless opportunities in awesome offices with great cultures.”

What makes Chicago's tech scene stand out in comparison?

Chicago has a plethora of well-funded tech companies and offers endless opportunities in awesome offices with great cultures. It is in the heart of the Midwest and serves as a talent hub for several of the top public and private universities in the country. The city has a great public transit system allowing easy access to downtown and different neighborhoods throughout the city. It’s truly a hub for talented and hard-working people with a vibrant and contagious culture of success-driven innovation.

There’s always something to do, whether you like the lake, want to watch sports, attend festivals or love sampling new restaurants. There are endless opportunities with well-funded companies and lots of growth potential in the tech community, whether you’re an entrepreneur seeking funding or a technologist searching for new opportunities. The hard-working Midwest attitude combined with family-centric work environments, the city’s diverse culture and the vast array of businesses make Chicago one of the best places in the world for any talented tech individual or innovative company.