Location is key in real estate and digital marketing alike, but few companies have the expertise to excel in both fields. For Buildout, whose software helps commercial real estate operators list and market properties, that challenge represents a massive opportunity.

In the past three years alone, Buildout has grown its staff more than sixfold, secured Series A funding to the tune of $8 million and moved into a new office above Union Station.

We spoke with one of Buildout’s co-founders and two of the company’s engineers about their work to bring commercial real estate marketing into the digital era.

WHAT THEY DO: Buildout is a marketing platform for the commercial real estate industry, helping companies like SVN and Avison Young produce and publish custom content and streamline the property listing process.

GATHER ROUND: By providing daily lunch for employees at its headquarters, Buildout carves out time during which co-workers can build stronger relationships with each other.

STRIKING A CHORD: Buildout has several musical instruments throughout the office for employees to clear their heads when they hit a bump in the road — or just need a little extra inspiration. 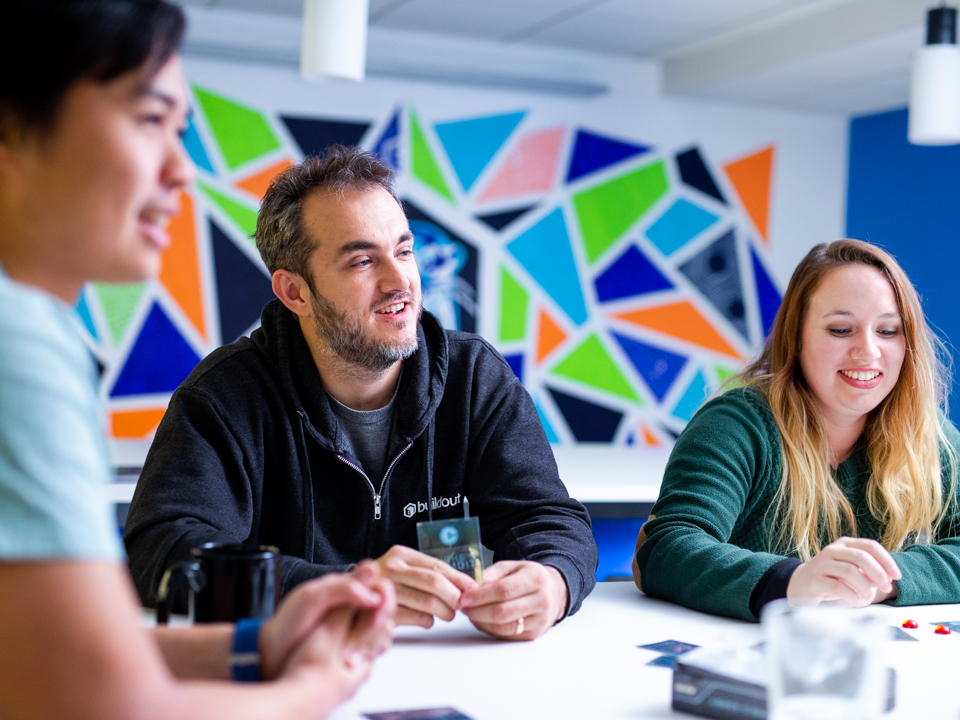 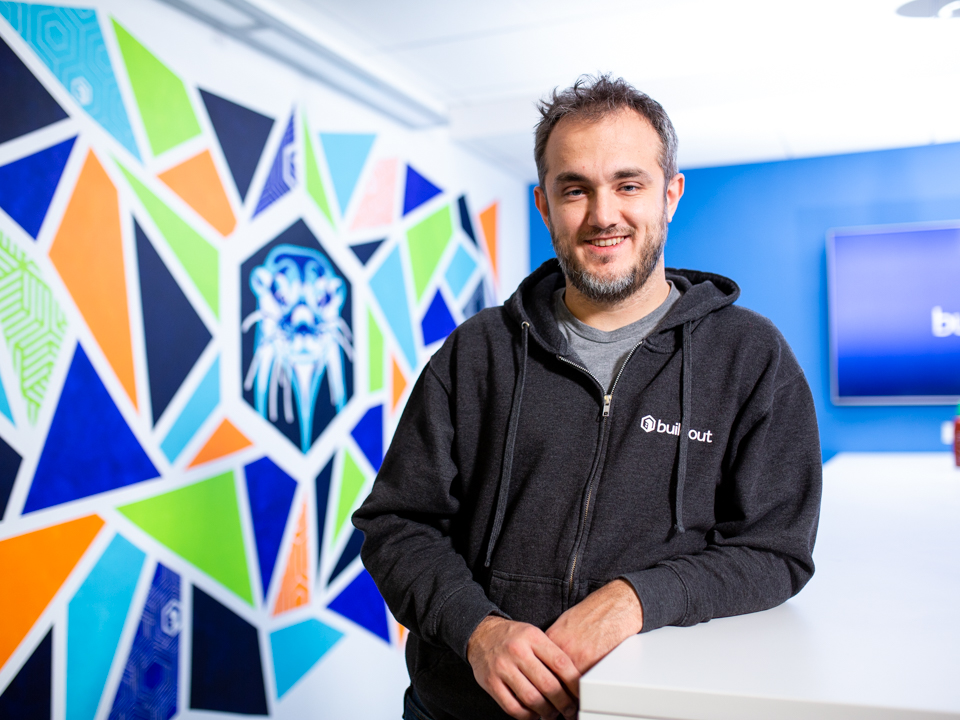 As Buildout’s co-founder and chief technology officer, Jason is no stranger to wearing many hats. In the early days, he wrote all of the code while covering bills and keeping the office up and running. Jason still codes, but today, he’s working closely with a team of engineers to make Buildout a one-stop shop for real estate marketing.

BEYOND WORK: In addition to video games and working on side projects, Jason has come to embrace taxidermy as a hobby. It started out as a joke to amuse his colleagues, but now his house is filled with animal heads.

How did the idea for Buildout come about?

Before Buildout, we made our money consulting, but we were always trying to find a product that would stick. Our business-to-consumer products all kept failing, but our business-to-business consulting projects were successful. So we decided to focus on a B2B project that we were sure people would pay for.

After that, it was just a matter of going to bars and cafes to talk to everyone we met about the problems they face in their work. When we learned about the commercial real estate industry’s total lack of software, we knew we had found our opportunity.

We hear you built a large portion of Buildout’s codebase yourself. How does that shape your perspective as CTO?

I understand how our product got to where it is, so I know what it’s going to take to get it to where it needs to be. As the team grows, I become less and less involved in writing code, but I still try to commit four or five changes a week, and I read through a lot of our pull requests. I’m always trying to find a way to reorganize my responsibilities so that I can spend my days coding again. It really is the one thing that I truly love doing.

Every year, or maybe even every quarter, we grow enough that the company feels totally different.”

Your team has grown a lot in the past three years. What has the most exciting part of that journey been?

Every year, or maybe even every quarter, we grow enough that the company feels totally different. Not knowing what tomorrow will bring is exciting. It also means we have to take a minute to appreciate each moment we’re in.

How does your team go about choosing technologies and frameworks?

It’s a democratic process. Earlier this year, we were deciding whether to use React or Vue for our new product. One of our engineers offered to build one of the interfaces in both frameworks. This was a big project, but afterward, we were able to review both codebases as a team and have a reasoned debate about which was most appropriate for our situation. 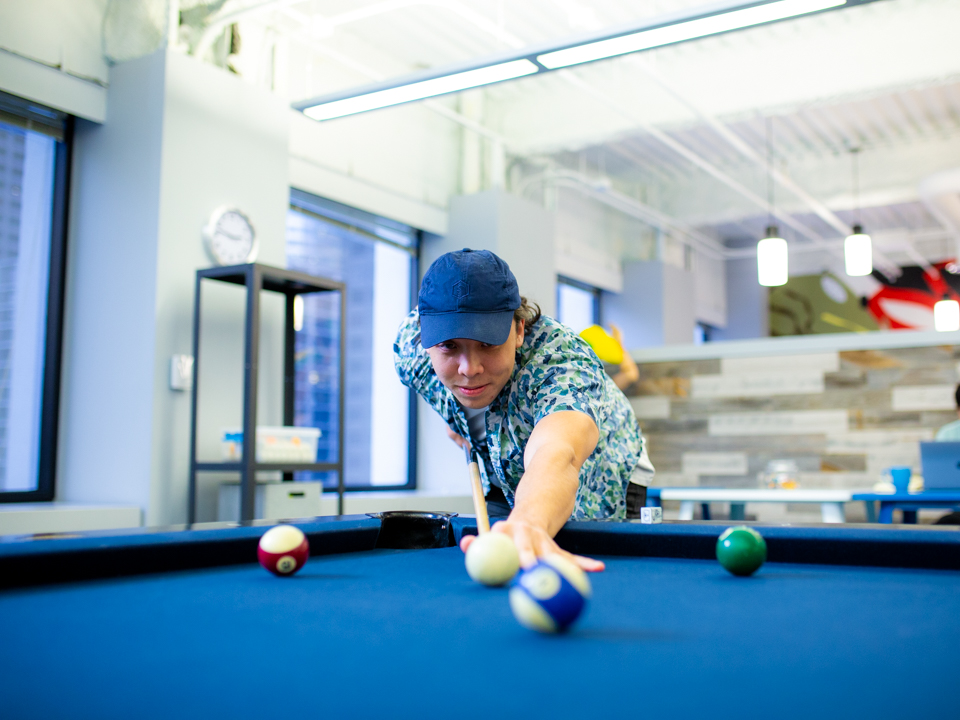 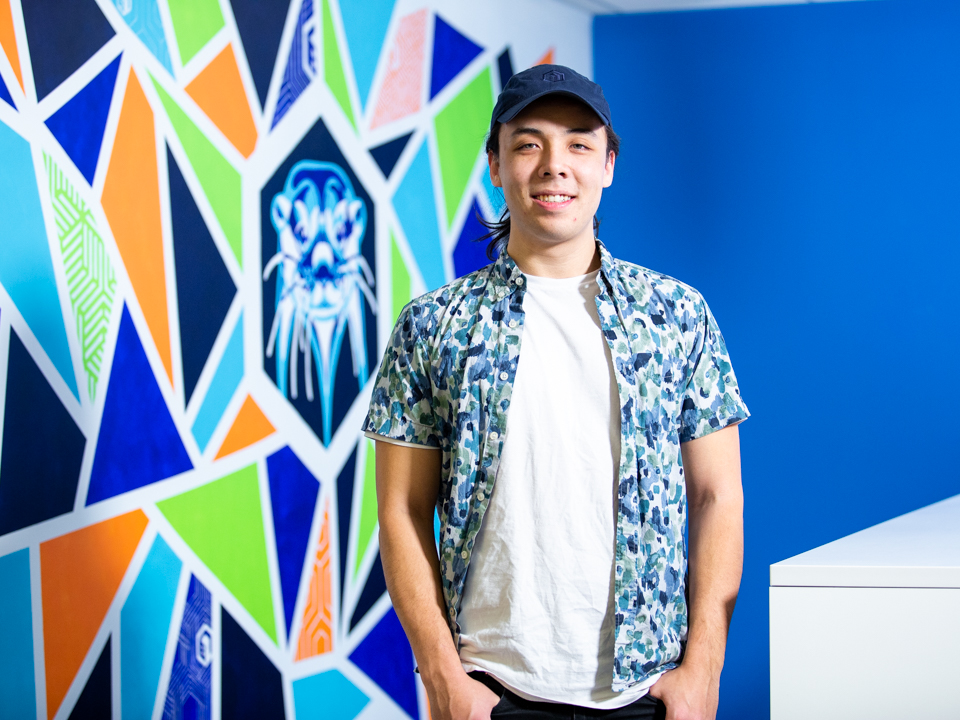 A member of Buildout’s software engineering team, Chris works on the company’s main codebase. His favorite part of the gig is his coworkers, who are enthusiastic about what they do and always make an effort to help each other grow professionally.

What excited you most about the opportunity to work for Buildout?

I was excited to work here from my first interview, actually. I initially knew what Buildout was, but frankly, I was a bit skeptical about how exciting these people could make commercial real estate.

But from the first time I met Jason, he made it clear that he was out to build software that was not just better, but the absolute best in the industry. It’s really hard not to get excited about an attitude like that. Buildout’s founders, Jason and Vishu, were also already career software engineers for 15-plus years prior to Buildout, which was really appealing to me. They have never, to this day, asked the dreaded question: “Hey, it’s just insert-feature-here — you can do that today, right?”

Our engineering leadership has put an emphasis on keeping our codebase on the leading edge.”

What’s something you learned for this job that you never knew before?

I am pretty lucky that our engineering leadership has put an emphasis on keeping our codebase on the leading edge. As such, we have recently been building a lot of our more interactive tools using Facebook’s React.js. To make sure that everyone on the team had the knowledge to work on our React features, Buildout sponsored the whole team on in-depth React lessons and held a “book club” of sorts on company time so that we could work together and discuss any new material.

What’s it been like to work on such a fast-growing team?

It’s certainly been a ride. When I started with Buildout, it was just four of us, Jason included, sitting in a corner busting out features. Now, we have this amazing product and development team with something like 20 people on it. When the team started growing, I was definitely worried that the “everyone knows everyone” culture would fade, but it certainly has not.

We do a great job of not only hiring smart people but hiring those who like the culture we have going here. When you’re as dedicated to preserving that feeling in your hiring instead of just filling seats with people who check all of the boxes, culture tends to maintain itself. 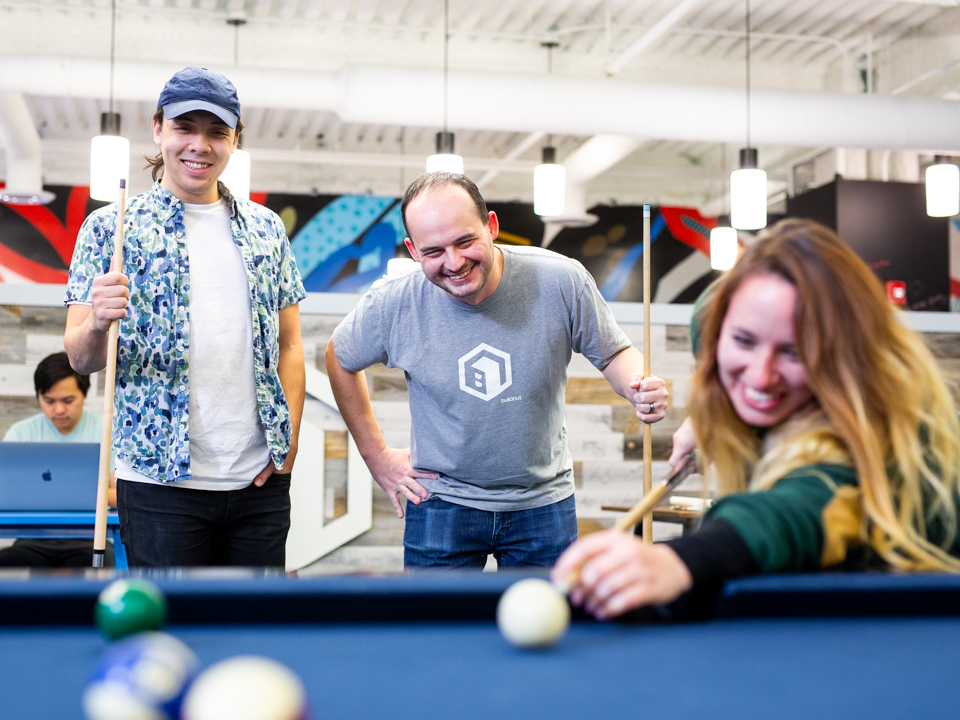 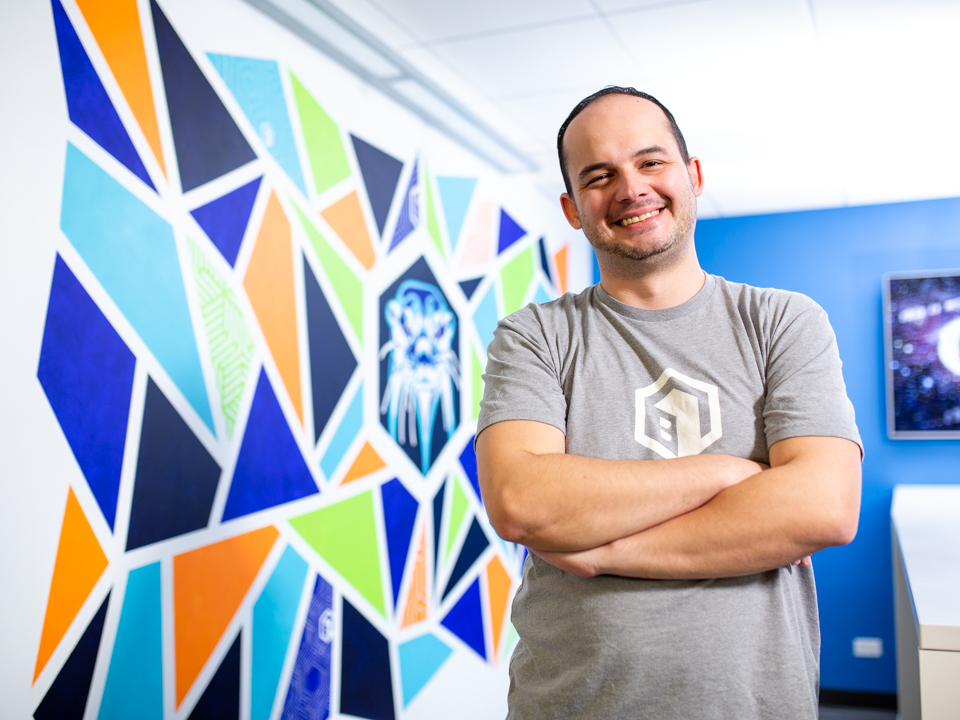 As the facilitator for the development team, Alan keeps both the team and its processes organized to produce more predictable results. He is also responsible for hiring the right people to keep those trends going.

BEYOND WORK: Alan enjoys playing Destiny 2 on PlayStation 4 — if you play, let him know — and loves cooking; especially the part where he can buy cooking gadgets that look nice on his countertop.

You joined the Buildout team early this year. What was it about the company that excited you most?

I spent over a year looking for a potential new role, and no company felt as right for me as Buildout. A startup that already made money and measured burn rate in years instead of months or days was unique and refreshing. I also had a great initial conversation with Jason when talking about what Buildout needed from an engineering leader.

A startup that already made money and measured burn rate in years instead of months or days was unique and refreshing.”

What do you look for in engineers?

Most important is their ability to break down and solve software development problems. Right after this are communication skills and bias for action. My first priority is to make sure no one gets stuck, and people who know how to ask for help will provide help and won’t get frustrated. I can’t do this alone — finding the right people is critical to building this culture.

How do you ensure that your team can continue progressing in their careers?

You’re never done learning and growing in your career. We have a career ladder, and I’m ensuring we scale our available positions as the company grows. I also focus on career growth with each senior engineer as much as I do with the other levels. We have an architecture group for the senior engineers, the CEO, CTO and myself, to discuss topics beyond the day-to-day of dev work, and we meet every week for a software architecture book club. We’re currently working through “Building Microsystems.”

What is the most unique thing about your company’s culture?

During a new employee’s second week here, he sang a song from “Hamilton” at our Halloween party and wrote an email the next day thanking us for allowing him to be his authentic self. I’ve never seen an environment like this in my professional career.

These interviews have been edited for length and clarity.